Microsoft Store have started selling a new 8-inch Full HD Windows 10 tablet by the name NuVision TM800 (W560L) for $129 in the US and Canada, and it’s even a Signature Edition tablet, which means that there’s no bloatware or spyware installed, just a clean Windows 10 OS:
USA: http://www.microsoftstore.com/store/msusa/en_US/pdp/NuVision

NuVision is a California based operation that have previously launched a few Android tablets as well as a few Windows tablets, but this is the first time Microsoft have teamed up to sell their tablets in Microsoft’s stores. 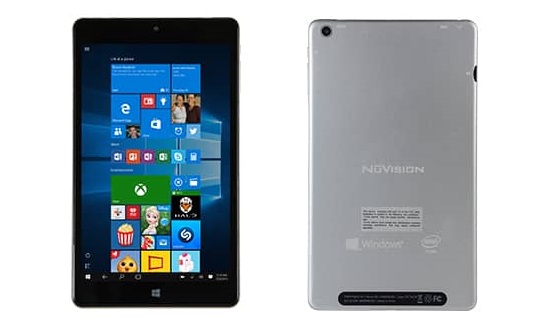 8-inch Windows 10 tablets with Full HD displays are rare, but two alternatives are either the Lenovo Yoga Tablet 2 8 Windows where you can use anything from carrots to screwdrivers for stylus, or there’s the “Mini Surface” HP Envy 8 Note which comes with digitizer included.

For those who don’t feel like they need digitizer support on their 8-inch Windows tablet, the 1920 x 1200 resolution Chuwi Hi8 Pro

at $89 may prove an even better choice than the NuVision TM800 tablet, since it has a newer Intel Atom x5-Z8300 processor, and even a USB Type-C port. 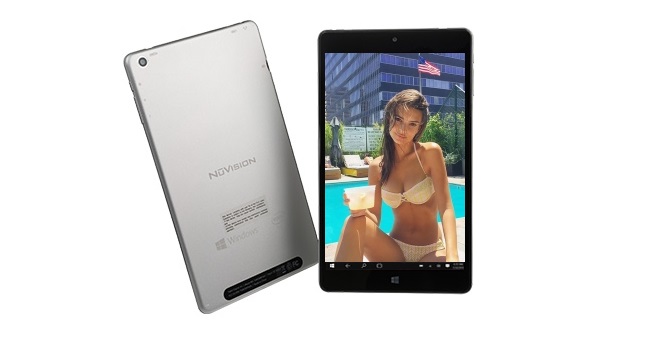