The Nokia N1 tablet have been launched in Taiwan, which is the second market after China to see an official launch of the tablet. The question now is if it will become available where you live too?

Nokia N1 was launched in China on January 7 this year, and they said during the unveling of the Nokia N1 in November that they would only consider bringing the Nokia N1 to other markets if it proved to be a hit in China.

With the low price and good specs it did become a hit in China, and after months of being asked by Nokia fans around the world to launch the N1 worldwide, Nokia have now officially started to work on getting the N1 out to a few other markets too. 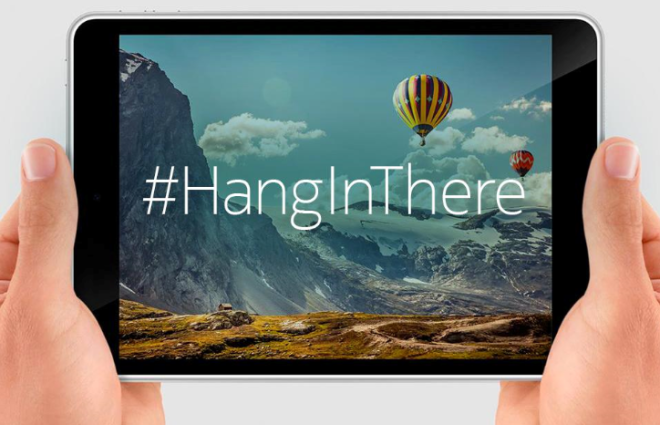 But it’s not happening too quickly, and Nokia still won’t make any promises about a complete global launch. The #HangInThere image above was recently released by Nokia as reply to fans asking about the potential availability of the N1 in their country.

The Nokia N1 is available on Amazon too

, but only as a third party import, and not an official Nokia import, which is reflected in the price too, since the price of the Nokia N1 when it launched in China was roughly $249.

At least Nokia know by now that the tablet is in demand, but with new 4:3 aspect ratio tablets rolling out each month now, with specs that are not always that far apart, Nokia has missed quite a lot of opportunities. Next up is the Samsung Galaxy Tab A 8.0 with the same 4:3 aspect ratio, which release tomorrow, with the main difference being a HD resolution display over the Full HD resolution display of the Nokia N1.