The FCC approval for the upcoming new Windows 2-in-1 tablet Samsung Galaxy Book 12 for the 2019 model year have been filed online, which in the process revealed some new specs and features.

Some of the officially confirmed specs of this latest Samsung Galaxy Book 12 leak are obvious, but we’ll include them anyway for the sake of clarity.

First of all, parts of the name is confirmed as “Galaxy Book” by the leak so now we just need to know the full moniker of the tablet.

And although we have already measured the new Samsung Galaxy Book display from before in the only photo we have leaked yet, the display is officially confirmed to continue as a 12-inch display (or 11.96 inches to be precise).

Furthermore, the 4 antennas of the Wi-Fi and cellular data are connected to proximity sensors that will reduce output from each antenna location if the proximity sensors sense that someone’s hands are covering that part of the tablet. So that’s a socially responsible feature from Samsung, introduced before consumers or agencies have even called for such features. The triggering distance starts at 16mm away from the antenna. 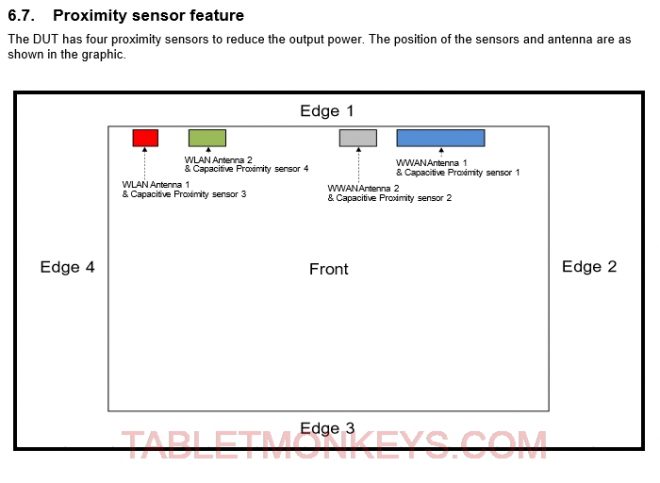 The graph below shows the reduction in output through one antenna relative to the distance measured by the proximity sensor.

The new Samsung Galaxy Book first leaked in June, after simply showing up in the papers of a Eurasian trade organization. Then we at Tabletmonkeys leaked the first picture of Samsung Galaxy Book in August, and then it showed up again later after it was Wi-Fi approved while running Windows 10 S. 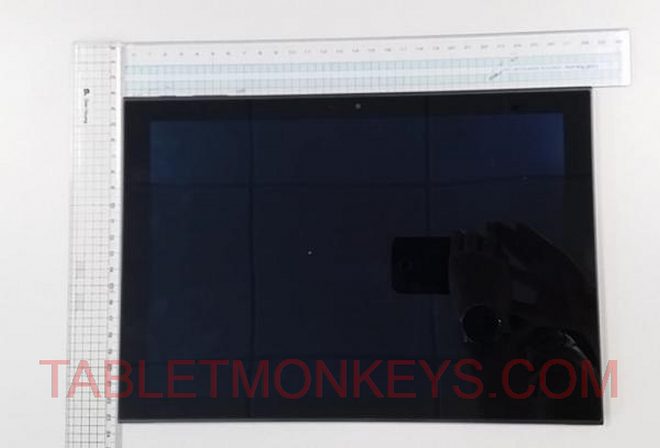