A previously unheard of tablet by the name Panasonic TAB-A02-SD appeared on Gfxbench yesterday.

It doesn’t carry the Toughpad name, so we’re excited to see what Panasonic is up to here, although the hardware specs aren’t anything to get too excited about.

It does feature a wide range of sensors, including NFC, so that could indicate that it is some form of rugged tablet for industrial and outdoor use, but at the same time it has a new model name, with an early number and letter, so maybe Panasonic is starting a new more mainstream range of tablets soon, or it could be just another one for the education market too.

Their newest tablet costs over 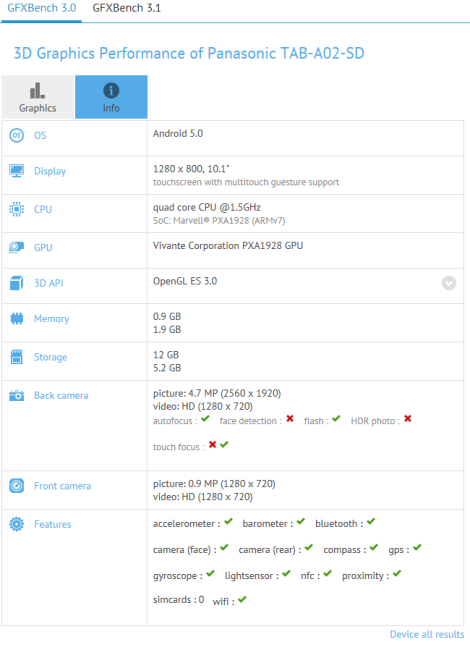