Panasonic is busy at NAB 2015 these days, that’s the National Association of Broadcasters, and what better place to show off all of Panasonic’s latest 4K production products and 4K technologies, including an updated Panasonic Toughpad 4K Tablet model for 2015 to 2016?

The first Panasonic Toughpad 4K Tablet was launched in 2013, and it’s a 20-inch Windows tablet with a 4K display.

Panasonic Toughpad 4K Tablet have been built for professionals involved in video production or those who really need sharp images, like in medicine during complicated surgery. So with a focus on that, it has ports like HDMI 2.0 input, Mini DisplayPort, USB 3.0, in addition to full range 802.11 a/b/g/n/ac Wi-Fi, Bluetooth 4.0, and Ethernet port. 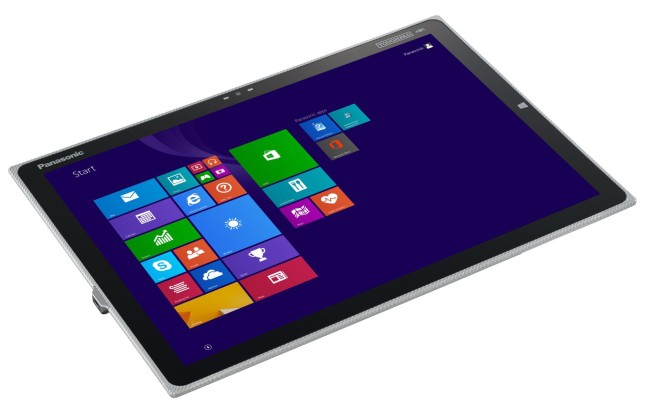 This is a Toughpad, so beyond the 3-year warranty, it is built with a magnesium alloy frame reinforced by a glass fiber case to protect it and keep it alive after 30-inch drops to the back, or 12-inch drops to the side.

The new Panasonic Toughpad 4K Tablet will be launched in July. Accessories include an official optical electronic touch pen, and even a 120-watt car charger to keep it powered.

in a sale that lasts until April 30 when used with the coupon code “4K4U” during checkout, says Panasonic.