With just 3 more days to go before Microsoft’s annual October event where among other devices the tech giant will unveil the latest generation Surface Pro 9, what’s the latest leaks before then?

So most of the specs will probably stay mostly the same as on the 13-inch Surface Pro 8 with a 2880 x 1920 resolution display, though leaks on major device just before launch usually never tell the whole story, so it’s usually better to wait until launch to make up ones mind about the device once all the real data is out. But the latest leak from Aggiornamenti Lumia says that all the Intel Core i5-1235U and Intel Core i7-1255U powered models will be offered in the colors graphite, platinum, sapphire, and forest, with sapphire and forest being the new color choices here.

We know that the Surface Pro 9 has passed the FCC approval already, so this new Windows tablet should be able to start taking orders very soon. 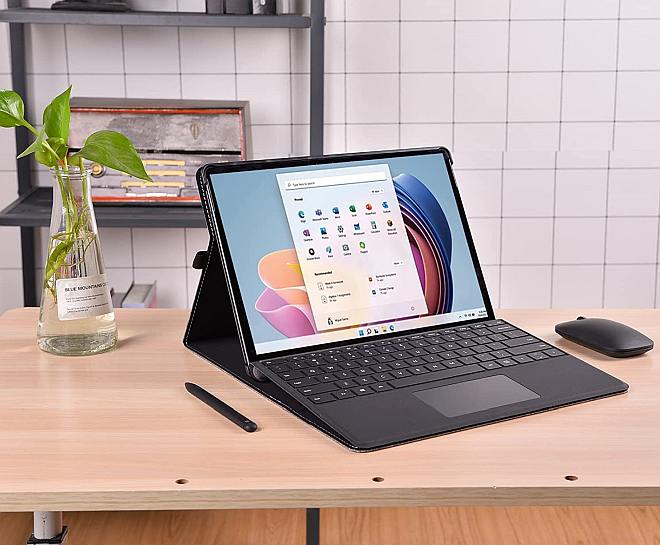 Before then Microsoft have started to clear out inventory of the Surface Pro 8 by putting them all on sale. The best value SP8 today is the Intel Core i7 model with 16GB RAM and 256GB storage, which is $412 off.