I discovered that Amazon has a new unannounced tablet in the works for launch this fall via today’s FCC listings, and this new Amazon tablet looks like a new 8-inch model.

The FCC leaked specs only gives us so much to go on, but the approval papers specifies that this is an Amazon tablet, that’s been approved as both a regularly charging tablet and as a wirelessly charging tablet.

(UPDATED: The new Fire HD 8 and Fire HD 8 Plus were unveiled on September 21)

Other specs only shows the dual-band Wi-Fi 5 and Bluetooth specs, and nothing more. Not even the screen size. 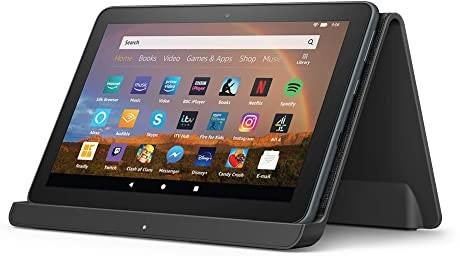 When the new Fire 7 was released earlier this year, it got a price bump upwards of $10. The entry level Fire HD 8 was launched for $89, so let’s see if that will launch for $10 more too or if Amazon has come up with an alternative plan.