Samsung have announced two new memory cards in their SD and microSD memory card lineup, called Samsung PRO+ and Samsung EVO+ that are among the best microSD cards for tablets:
https://www.amazon.com/Samsung-128GB-Class-Adapter-MB-MC128GA/dp/B06XFHQGB9

The newest SD and microSD cards PRO Plus and EVO Plus that Samsung are releasing now in May, have even faster read and write speeds, and can be bought with up to 128GB of memory, which is supported by Android 5.0 and of course Windows 8.1. 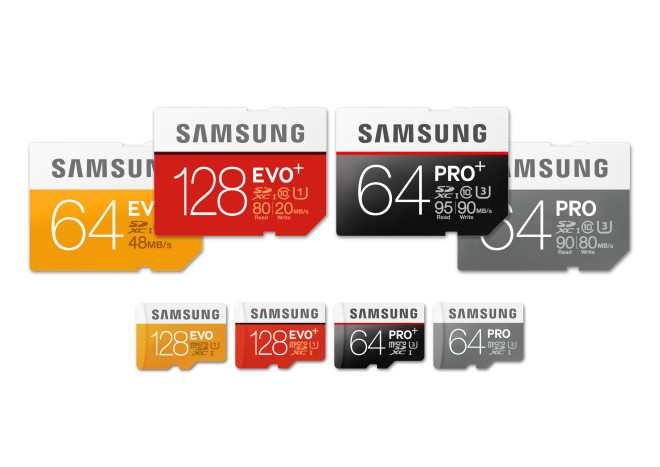 And the new Samsung EVO + (Plus) microSD and SD cards have memory configurations of 32GB, 64GB and 128GB of storage, with a 80MB/s read speed and 20MB/s write speed.

Samsung’s microSD cards comes in a package with a SD card adapter, as you can see in the picture of the package below.

For the current choice of Samsung microSD and SD memory cards, see:
http://www.amazon.com/s/ref=amb_link_3?ie=UTF8&bbn=516866&rh=i%3Acomputers 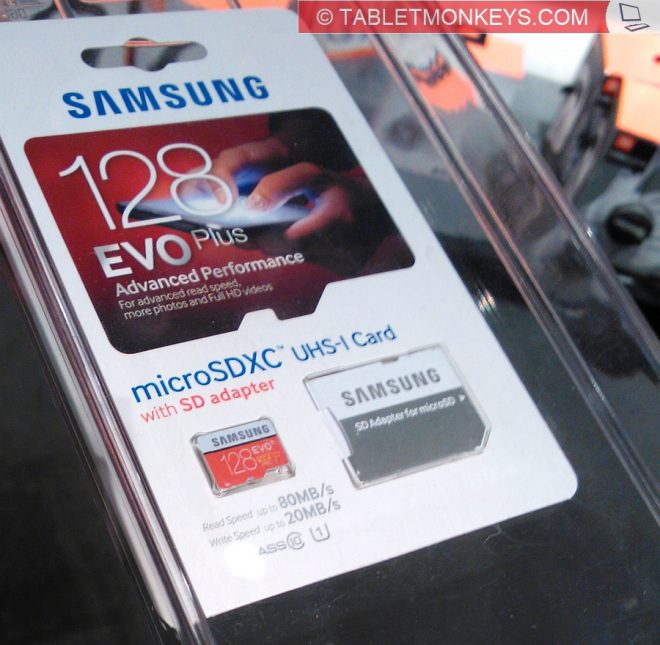 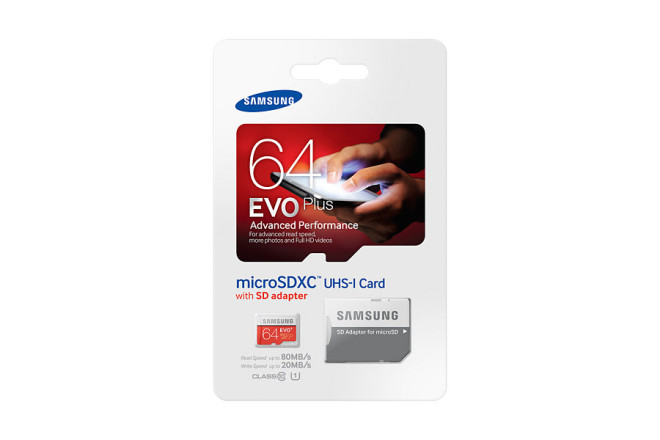 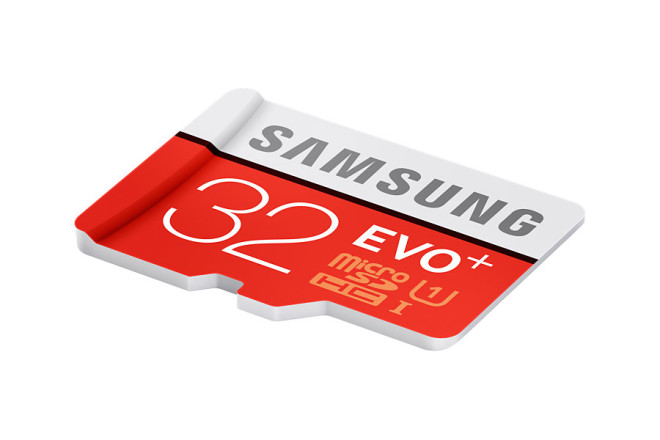 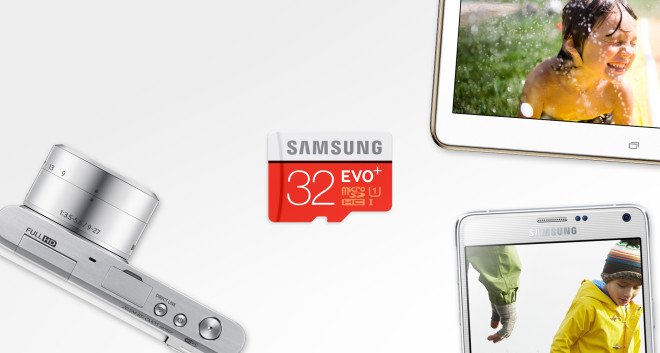