It’s been many years since we last wrote about Motorola in the context of tablet computers, but after a long hiatus, Motorola tablets is now a thing again. Sort of.

Starting next week, Motorola will launch the first Motorola tablets in years, with the Motorola Moto Tab G20 that will be launched in India first on September 30th.

But before we get too hyped, we should remember that Motorola has been owned by Lenovo since 2014, and upon closer inspection, even the Moto Tab G20 is actually a rebranded Lenovo tablet that runs a “near stock Android” according to Motorola themselves. 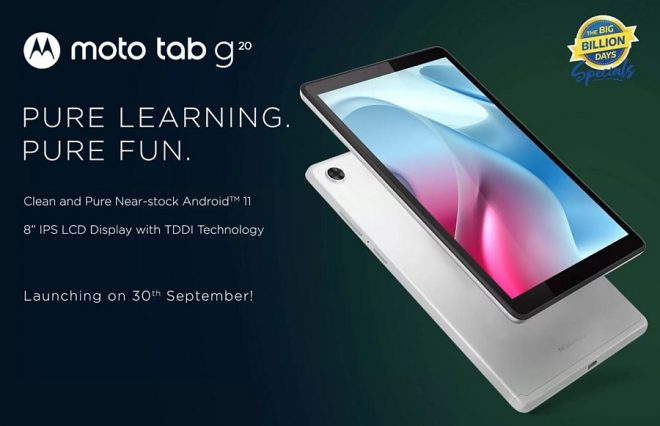 As such, the Moto Tab G20 tablet doesn’t really seem to share anything in common with the Moto G family of smartphones either, other than affordability perhaps.

Motorola RAZR To Be Reborn As Foldable Tablet...