Thanks to technology leaker Ishan Agarwal we now the additional Samsung Galaxy Tab S6 specs to compliment all the other main specs from before. The launch date may be August 9:
https://www.amazon.com/Samsung-Galaxy-128GB-Tablet-Cloud/dp/B07VFFCHL9/ 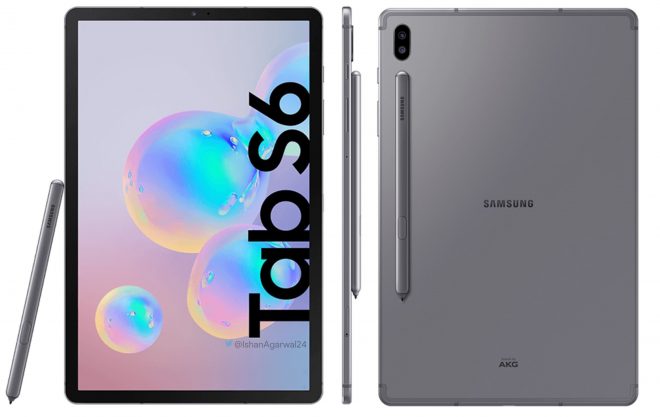 The new Samsung S Pen that we mentioned the last time has Samsung’s Air Mouse/Gesture features, and an average battery life of 6 hours with these features enabled it is said.

And finally, a new round of Samsung Galaxy Tab S6 benchmarks have upped the Geekbench 4 multi-score number from the first benchmark of 9788, up to 11186 and 11072 in the two latest benchmarks for Samsung’s next flagship tablet with Android.

Samsung Galaxy Tab S6 is now expected to be announced on July 31 after Samsung has released a teaser video of it along with the new watch.