A rumor among some tech writers got a little out of hand last month after it was claimed by a website that Google was cutting staff in computer hardware development, which led to speculation that Google might drop all tablets and Pixelbooks altogether at some point.

But after a recent Google event called Cloud Next 2019, 9To5Google can report that Google is planning to launch new slim devices in the future. When and what it will look like specifically remains to be seen, but an illustrating image suggests a 10-inch to 12-inch 2-in-1 tablet that’s pretty thin, lead by the text that a new Google Pixel device will focus on being “productive on the go” for the user.

Should we expect a mobile 2-in-1 tablet with 4G LTE and more? It looks like it based on this evidence. As for leaks, one video appeared weeks ago, which is still believed to possibly be of one of Google’s upcoming devices, and that have been codenamed Atlas, seen in the video below.

Of course, Google already has the Google Pixel Slate 2-in-1 tablet on that market, and launched in October 2018, it’s not that old either. On top of that, it’s not a bad device, though it seems that a successor may even up the screen resolution to 4K. 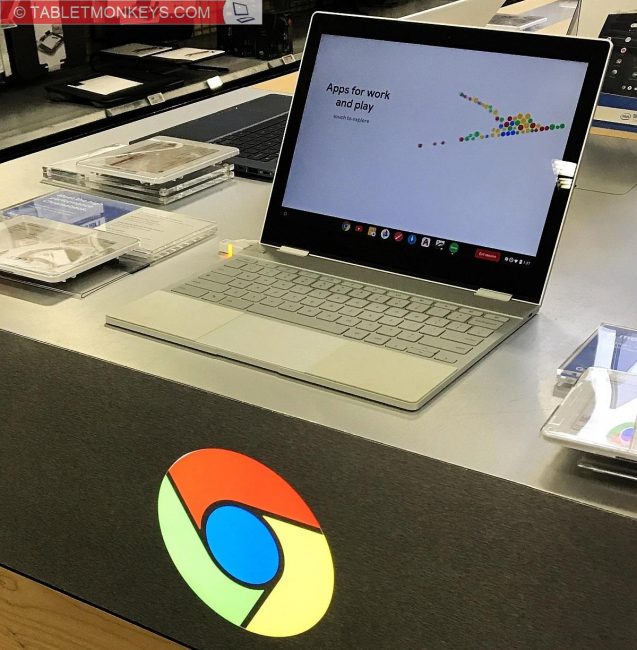