Google announced their latest tablet Google Pixel Slate today during their annual Google product and service event where they also announced the new Pixel 3 smartphones and the new Google Home Hub smart hub. The price of Pixel Slate will be $599 for the tablet, $199 for the keyboard, and $99 for the stylus when it launches later this year, in the US, Canada, and the UK says Google, with the actual release date looking like November 22: https://www.amazon.com/dp/B07JDT7778/

Pixel Slate is 7mm thick and weighs 721 gram. The only color options is dark blue though, called midnight blue.

The optional Google Pixel Slate Keyboard is a folio keyboard cover that also acts as the tablet stand, with round hush keys, a backlit keyboard, and a trackpad.

Director of product management at Google, Trond Wuellner who announced the Pixel Slate for Google called this tablet “the best entertainment experience you can hold in your hands!” His words, not mine.

Features includes split screen for dual window multitasking, and included with the tablet is also 3 months of YouTube TV. 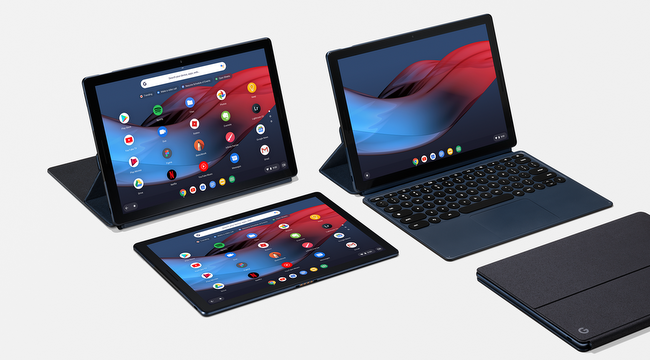 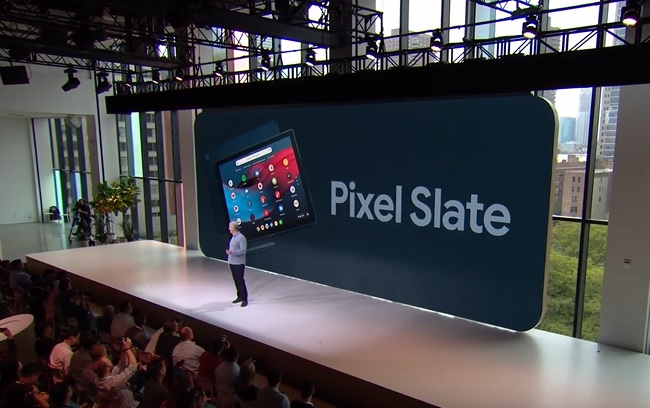 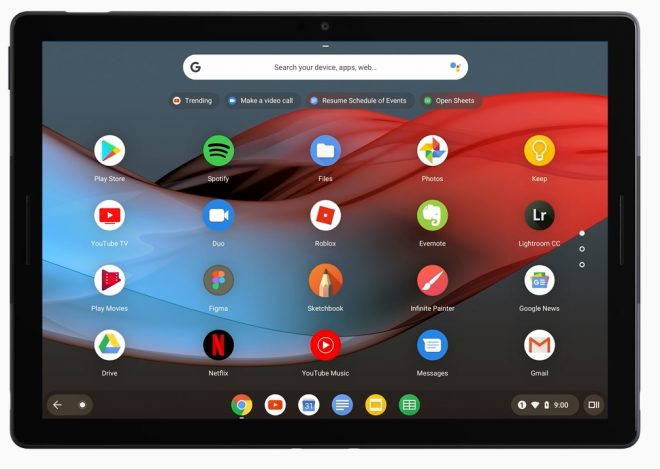