Xiaomi held a press event today where they launched new smartphones as well a tablet specific version of their new MIUI operating system.

Xiaomi thinks that this tablet OS is enhanced in such a way that it doesn’t waste any screen space for any of the 3000 apps that have been approved so far. 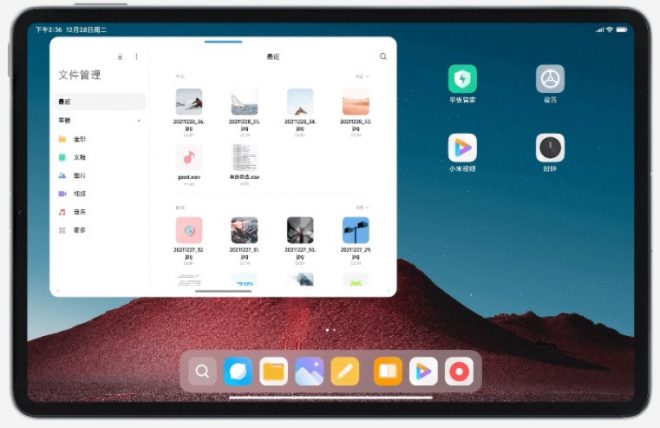 So that’s the one of the concepts behind it. At the same time, it introduces some new features that have in some capacity or other been available on some other tablets or tablet operating systems already, such as split window multitasking, more drag and drop commands, more shortcuts, new wallpapers, and even some new fonts.

All in all the MIUI 13 Pad makes it easier to use the tablets for productivity and as a computer with a keyboard.

The MIUI 13 umbrella OS will be rolling out to TV’s, smartphones, smartwatches, and smart home devices for a more synchronized ecosystem, while the first Xiaomi tablets that will be eligible for the transition from MIUI 12.5 to MIUI 13 Pad are the Mi Pad 5 and Mi Pad 5 Pro tablets that were launched in August.