Microsoft launched a wireless Universal Mobile Keyboard months ago, but this week Microsoft have developed a new and even more mobile edition of this keyboard that will launch in July, called Microsoft Universal Foldable Keyboard.

The keyboard is spill-resistant like the Universal Mobile Keyboard

from before only now it also splits in the middle and folds up like a leather wallet, making it even more mobile. This isn’t a new invention, as wireless foldable keyboards have been around for years, in various qualities. Microsoft’s Universal Foldable Keyboard will be released for $99.95, which is substantially more than the most popular universal foldable keyboard on the market to day, the iWerkz Universal Foldable Keyboard

, which offers the same solution but only costs $29.

It’s not spill-resistant like Microsoft’s Universal Foldable Keyboard is, but at that price I’d forgive the only drawback it has. Microsoft have usually built good hardware where both the general quality and the functionality have been satisfying so I’m still looking forward to the release of their first foldable keyboard though. 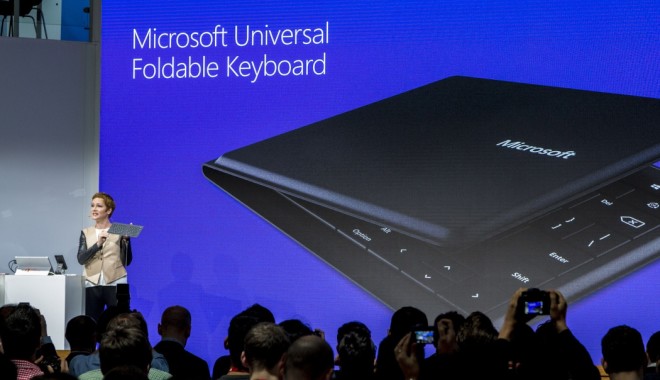 Unveiling of the Microsoft Universal Foldable Keyboard this week

The keys have the same texture as that of the Surface Type Cover keyboard, with smooth and short key stroke travel for fast typing. So you may think of it as a Surface Type Cover keyboard split in half. It’s a universal keyboard, which means that it fits not just Windows tablets and phones, but also Apple and Android tablets and phones, since the connection between the keyboard and the tablet or phone happens wirelessly via Bluetooth.

The Universal Foldable Keyboard is 147mm wide when folded, and 295mm when unfolded and put to use. The thickness of it when folded is 11.5mm. It is compatible with tablets and phones running Windows 8 / 8.1, Windows Phone 8.1 Update 2, Apple iOS 7 to 8.1 and above, and Android 4.3 to 5.0 and above. So as you might expect, the device you want to use it with must have support for Bluetooth 4.0 or higher, which should not be an issue with most devices sold the last two-three years anyway. But always check ahead anyway if you are unsure of the Bluetooth version on board your tablet or phone. 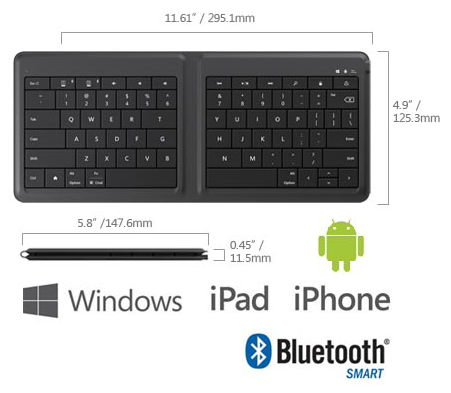 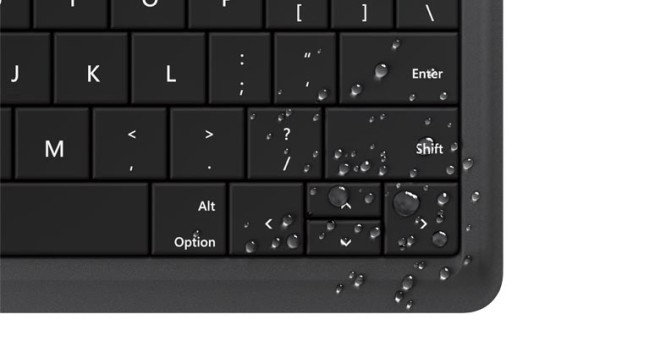 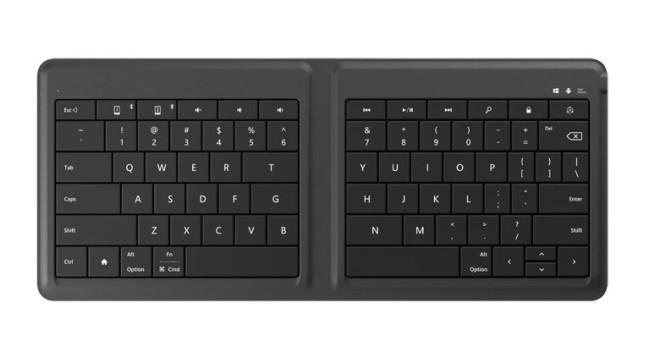 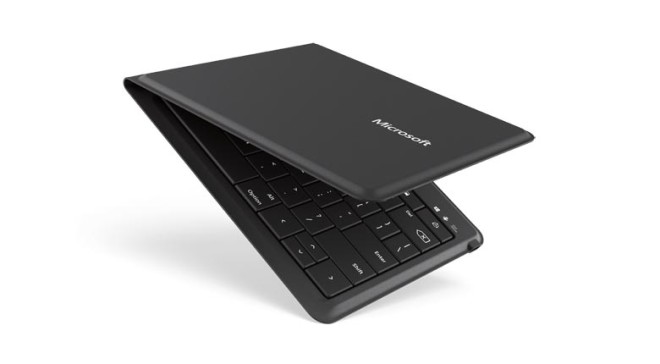