The better of Microsoft’s two Windows 8 tablets, the Surface Pro have been cut by $100, giving it an entry price of $799 for the 64GB model just as the back-to-school shopping season starts.

comes on the heels of a similar price cut on the Surface RT just weeks ago.

And while we were not very enthusiastic about the Surface RT, the Surface Pro however is another kind of tablet altogether.

With an Intel Core i5 processor, 4GB of RAM, FHD 1920×1080 resolution display, included stylus with stylus optimization, and the proper Windows 8 Pro OS, what’s not to like.

Surprisingly, you are not paying a premium for a piece of Microsoft hardware in this case either. One of its main rivals, the very popular and generally similar in specs Acer Iconia W700 have an entry price at the same level as the Surface Pro now. 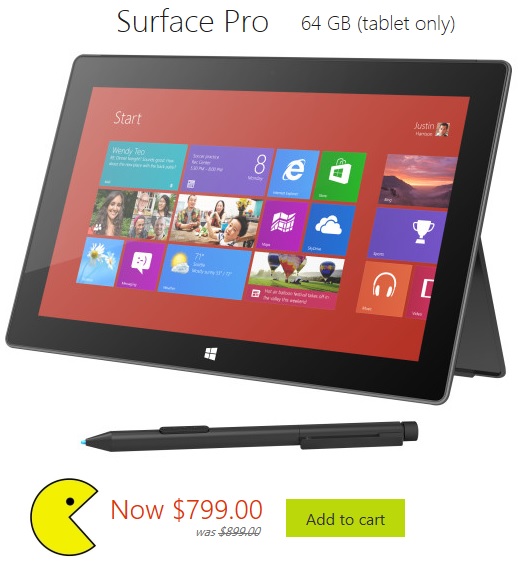