Acer’s first Windows 8 tablet, the Acer Iconia Tab W700 with cradle is now available to order for $799.99. It started shipping on October 26, with the official release date of Windows 8.

[UPDATED: Acer W700 started with a pre-order price of $749.99 on Amazon, but sold out before the release. It now retails with the regular list price, starting at $799.99 for the cheapest model.]

By Jim Miller – The Acer Iconia W700 was first unveiled at the Computex trade show back in June, and is now finally available for pre-order, 2 weeks before the October 26 release date.

Acer has built what it likes to think of as a “high-performance Windows 8 PC in tablet form with a portable design for mobile productivity” with the Iconia W700. And with the option of either 1.7GHz or 1.8GHz Core i3 or i5 Ivy Bridge processors, it’s powerful enough to replace a laptop or desktop computer and handle office and productivity tasks. It even has 4GB of RAM which really is a lot for a tablet.
Storage options are either 64GB or 128GB. And there are many more office friendly features provided by the Acer Iconia W700. 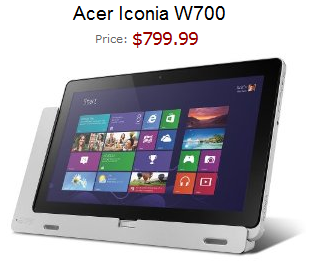 Since the Acer Iconia W700 is running Windows 8, it is compatible with previous x86 programs, something that will be appreciated both in and out of the office.

It also has a high-brightness display that makes viewing in sunlight possible, coupled with wide viewing angles.

Of course, one of the things that really makes this tablet stand out from other Windows 8 tablets, is the particular cradle it comes with, together with the Bluetooth keyboard.

The cradle will hold the W700 in two different positions: 70 or 20 degrees in landscape mode. But the cradle also adds three more USB 3.0 ports, as well as charge the tablet.

The new Windows 8 OS enables some fast power-up features for the Acer Iconia W700 such as Acer Green Instant On that gives the W700 a boot time of six seconds, and an instant-resume functionality of 1.5 seconds. So nothing to complain about there.

Wi-Fi connectivity comes in form of 2.4GHz and 5GHz 802.11a/b/g/n Wi-Fi, with Acer Always Connect that optimally should connect users to previously used hotspots in 2.5 seconds.

It has sensors like accelerometer, e-compass, and gyro, a 5MP rear camera with full HD 1080p video, and a front-facing HD 720p webcam. The sound is pretty loud from the built-in speakers, and there is also Dolby Home Theater v4 sound boost for headphones.

As for dimensions, it weighs in at 2.3 pounds, and is less than an inch thick.
Battery life will last up to 8 hours, and considering the power this tablet has, we can’t complain about battery life.

but sold out before the release. This is a very popular tablet, so it will be out of stock pretty early. Acer W700 is also available from TigerDirect.

It will also be available in Canada

Included with the Acer Iconia W700 tablet is a charger, Bluetooth keyboard, cradle, protective case, and MicroHDMI to VGA adapter for a quick projector connection. 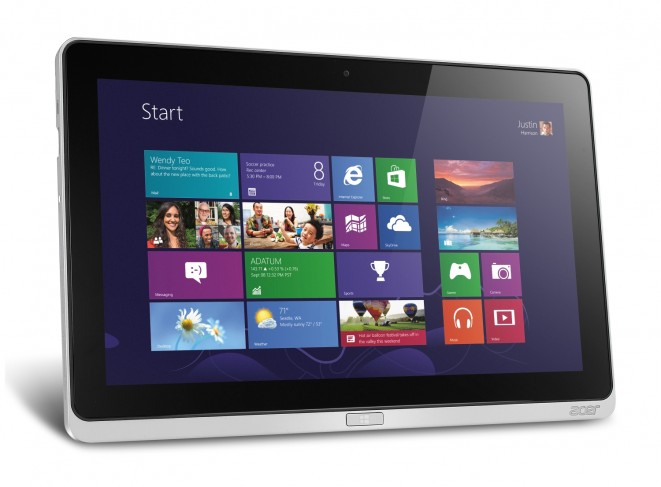 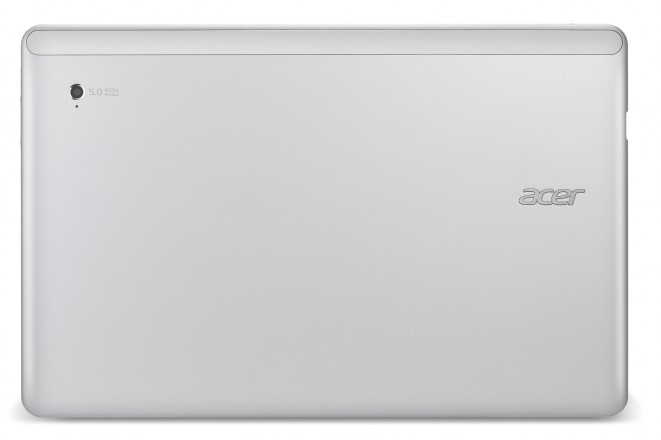 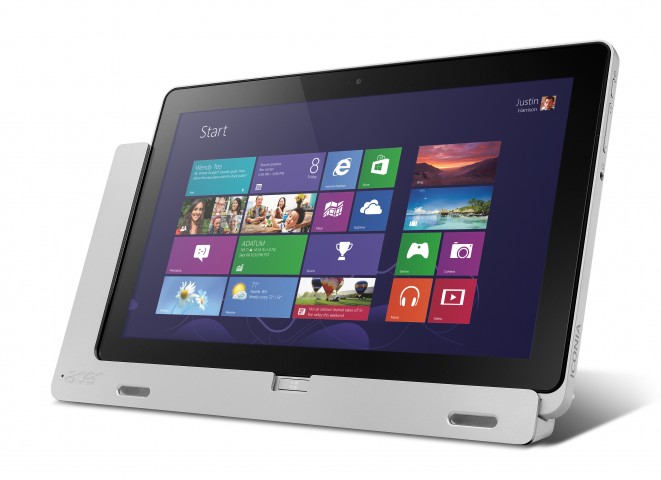 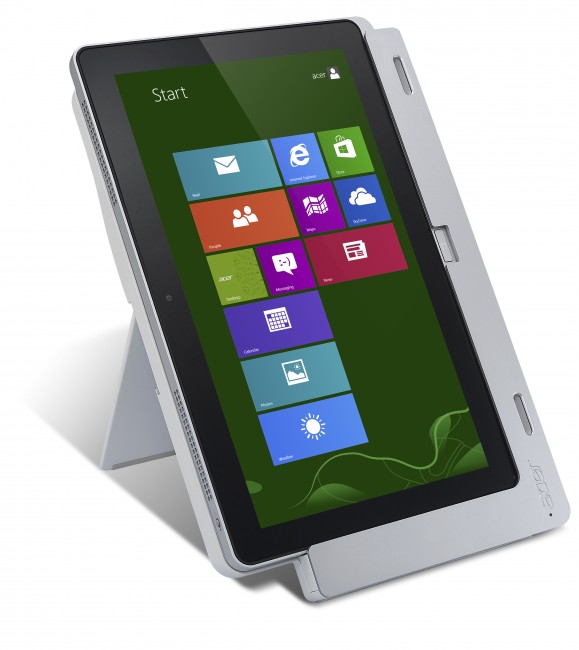 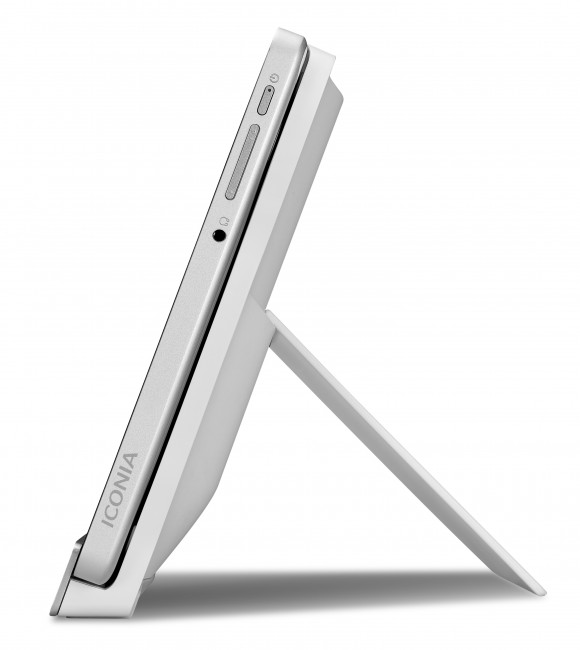 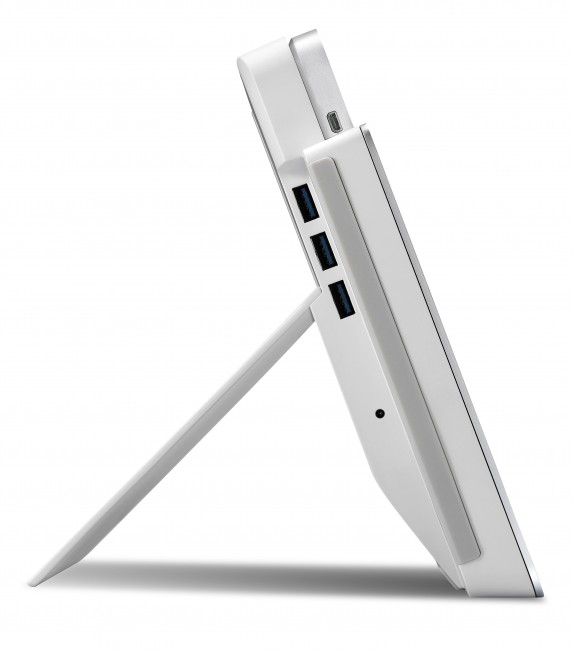 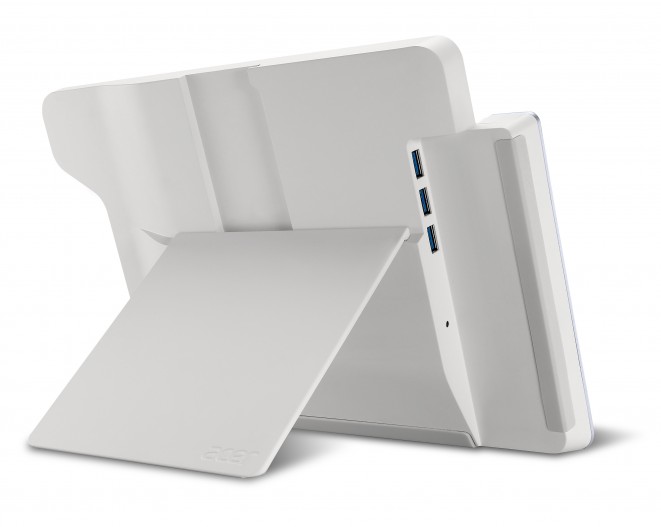