Back in February it started becoming believable that a Surface Go 2 was in the works, but now after Microsoft just got a new unidentified tablet approved by the FCC with Wi-Fi 6, I had to see what other information I could find.

In the EU, a possible Microsoft Surface Go 2 had been listed by some stores already, although it was always a question of their reliability. But let’s have a look at those store pages anyway.

According to one store, a Microsoft Surface Go 2 is about to enter their inventory with a Intel Core m, 4GB RAM, 64GB storage version. 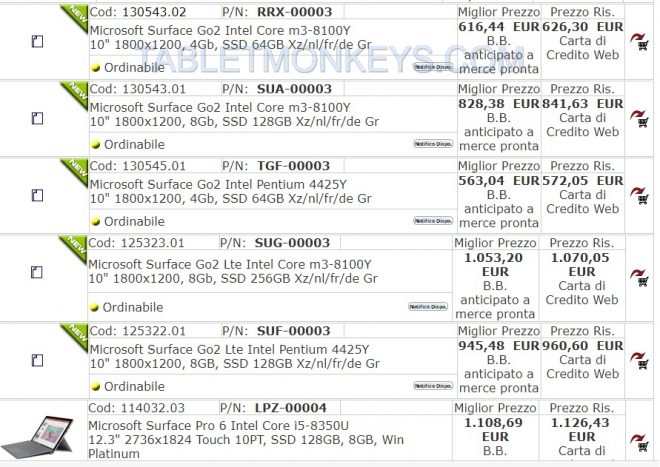 Another store expects six models of the Surface Go 2 to be on the shelf by April 27, with the entry level Surface Go 2 being a Intel Pentium 4425Y powered Windows tablet with 4GB of RAM, 64GB storage, and a 10-inch screen featuring a resolution of 1200 x 1800. Twice the RAM and storage would be the next option along with an 4G LTE model.

The first Surface Go have been sold out from Microsoft Store for several days now.

The Surface Go 2 along with the Surface Book 3 was already expected to be unveiled and launched between April to May, so the timing fits, and the new Windows 10 2-in-1 could be here any day now, although we still need a confirmation on the specs. But it may be time to get super pumped as hardware chief Panos Panay would say. 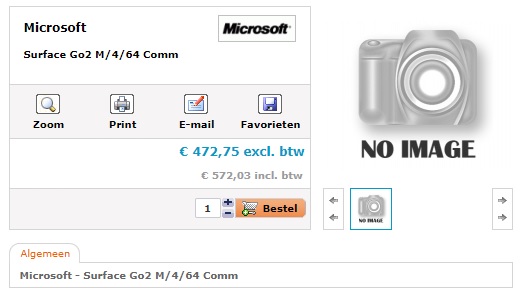