Through Microsoft Launcher, a user can control screen time on both Windows 10 computers and tablets, Xbox One, and Android tablets and phones. With one app to control all of these devices, a set time limit of for instance 1 hour for gaming and 30 minutes on Netflix will make sure that it won’t be possible to switch between devices, and then just play games for 1 hour more on each device. So the app will measure the time spent across all devices simultaneously, but it can be setup to allocate more time for individual apps during weekends or any other day.

The user interface is easy to use, but also adds other features. And the daily use of apps, gaming, browsing, and individual apps will be detailed in the Daily Use chart each day.

It’s also possible to use Microsoft Launcher to locate the whereabouts of someone in the setup family group.

If Microsoft and Windows keep developing like this, then we should be able to expect great things ahead. 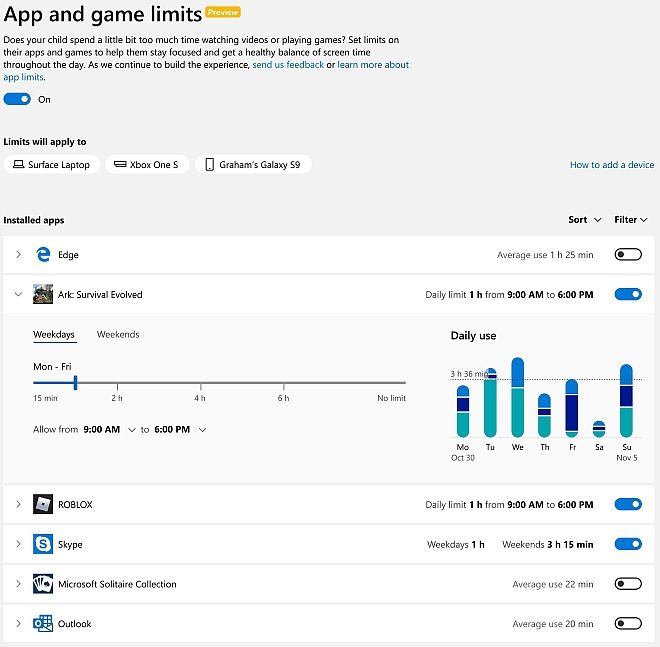