On the 9th day of Microsoft deals there’s a sale on Dell computer devices, ranging from Dell laptops, to monitors and three accessories:
US: microsoftstore.com/store/msusa/en_US/cat/PC-sale/categoryID.69325700

There are also 8 Dell monitor deals going on today on anything from the cheapest $99 Dell 20 Monitor, a 20-inch Full HD monitor, to sales on 27-inch 4K monitors and QHD monitors among the Dell monitor deals today. The largest monitor is a curved 34-inch monitor with 3440 x 1440 resolution. 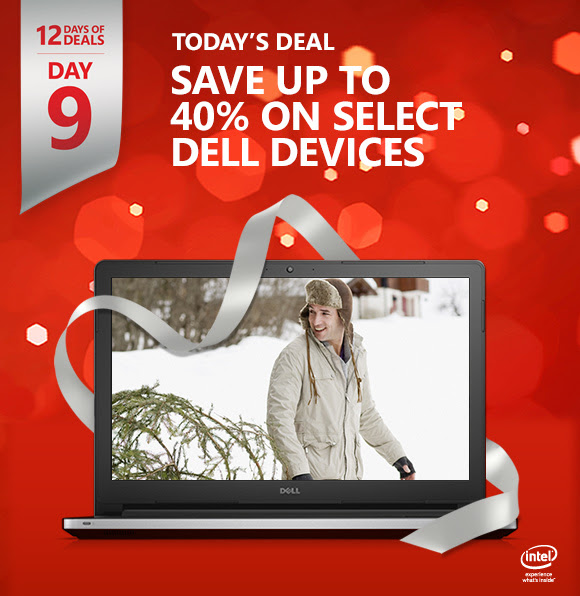 The remaining Microsoft deals today on Dell products are on a external USB DVD drive for tablets and computers, on sale for $34, while we are also seeing a sale on the 18.000 mAh Dell Power Companion, and the Dell dual video docking station.

After today’s laptop deals, there’s room for another laptop on sale tomorrow, with the Acer Aspire R 11 for $299. After that, there will only be two more days of Microsoft deals before Christmas this year.