Computer and tablet accessory manufacturer Logitech has said it will now also launch the Logitech Combo Touch for the latest iPad Air, come July. The release price will be $199 though:
https://www.amazon.com/dp/B096LY36D

The Combo Touch keyboard consists of both a keyboard with a trackpad, as well as a case with kickstand, which the keyboard can then snap quickly into.

This keyboard combination connects to the iPad Air with Smart Connector, so this is not a Bluetooth keyboard. Also, it takes its power directly from the iPad too, so you don’t need to worry about charging the keyboard too, which is sometimes the case with some third party keyboards. Logitech has also announced the introduction of more colors for the Combo Touch keyboard series, with both Sand and Oxford Grey becoming color options from now on. 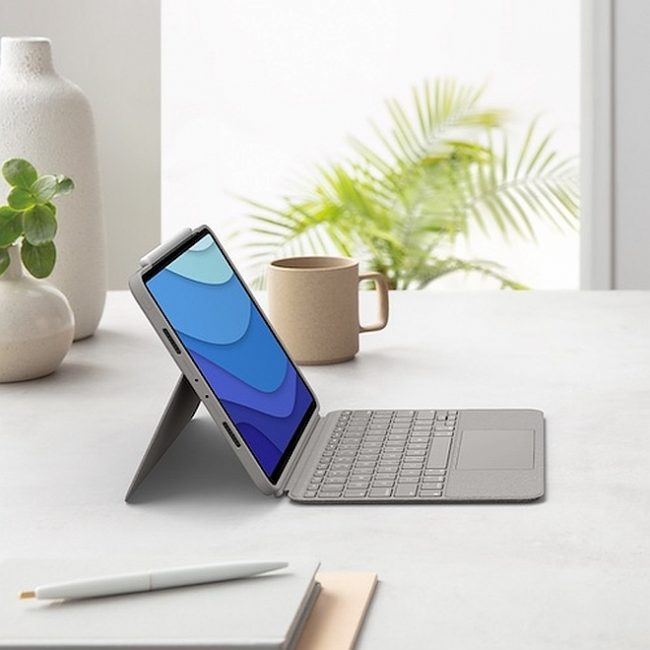