(UPDATE: It has been updated to Android 5.0 since launch.)

LG announced the launch of this tablet on July 7. In short the LG G Pad 10.1 is a Android 4.4 KitKat tablet at 10.1 inches, with a resolution of 1280 x 800, and a 1.2GHz quad-core Qualcomm Snapdragon processor. Like a Android tablet from Samsung, it has the ability to run two apps side by side, although Samsung’s high end tablets can run four apps simultaneously.

Other specifications are 16GB storage, 1GB of RAM, a 1.3MP front camera, a 5MP rear camera, and a 8000mAh battery capacity.

And while this is not a bad tablet itself, it’s just so dull a choice when there are so many other tablets in this category with more interesting features and better specs.

There are two more tablets in the low range G Pad series, where the LG G Pad 7 was launched recently, while the 8-inch version is awaiting its release. (See the specs for the LG G Pad tablet series.) 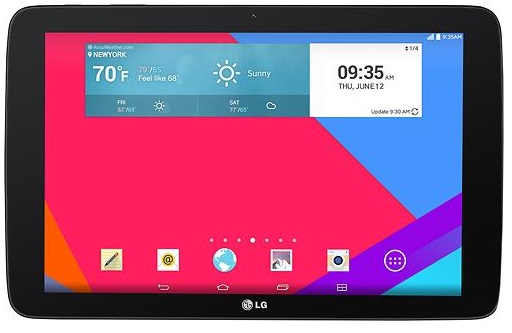