(UPDATE: This tablet will be updated to Android 5.0 Lollipop in November 2015)

With Lenovo’s upcoming London event on October 9. where they will unveil six new Yoga tablets, we’re going to start by looking at the specifications for the 13.3-inch Lenovo Yoga Tablet 2 Pro.
http://www.amazon.com/Lenovo-Yoga-Tablet-Pro-59428121

It’s far from the first 13.3-inch Android tablet, but it might become the most well known and the first one to really sell properly.

The specs that will grab most headlines should be the built in projector, and the 2560 x 1440 resolution IPS display on the 13.3-inch screen. But it should be recognised that this is also a light tablet for its size, at 940 gram. Considering that Lenovo Yoga Tablet 2 Pro has a built-in 9600 mAh powerbank battery that can be used like a regular powerbank, and not just as a tablet battery, I think that’s something to recognise. 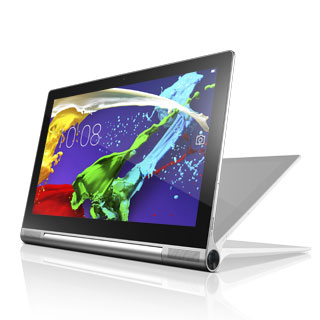 As you probably know already, the cylinder on the bottom doesn’t just house the large battery, but also a built-in multi-angle kickstand. It has a good design in my opinion, because it’s firm enough to hold the tablet steady at all angles, but still smooth enough to adjust it without using much force.

The brain of this tablet is a quad-core 1.33 GHz Intel Atom Z3745 processor with a 1.86 GHz turbo speed. It has 2GB of LPDDR2 RAM, and 32GB storage with microSD card expansion. It runs the Android 4.4 KitKat version.

With a wireless keyboard, mouse, and gaming controls, this can be a really great multi-purpose tablet, and should fit a lot of peoples needs ranging from productivity to watching movies and gaming.

The mini-TV looking Lenovo Yoga Tablet 2 Pro (1380) will be released on October 24, with a price of $499. Large displays with high resolution is the most expensive component in tablet manufacturing, so that’s the downside to such a large tablet. But it’s still cheaper than a 12.2-inch Samsung Galaxy Tab PRO. 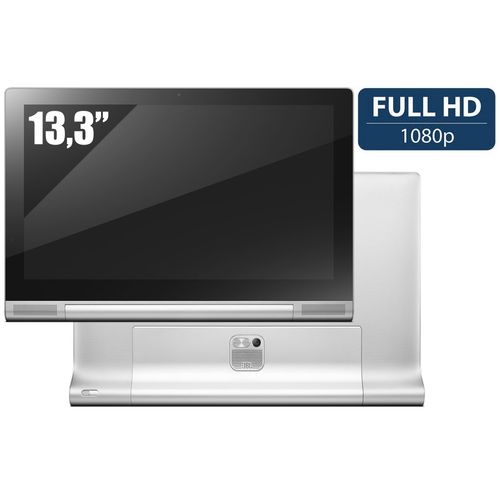 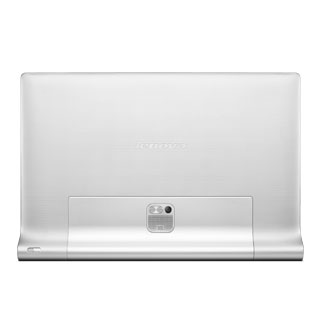