While the brand new showstopper Lenovo Yoga Book will be launched globally in September, it will not be launched in the US before the end of October says Lenovo. The price is $499 for the Android model and $549 for the Windows model. https://www.amazon.com/s/ref=sr_nr_scat_1232597011

So people basically have up until October to figure out if the Lenovo Yoga Book really can be useful for them. And I imagine it will be to a lot of people.

Lenovo Yoga Book is a revolving 10.1-inch notebook with a non-detachable keyboard/pad where the keyboard is just a smooth surface that will show its keys when backlit and activated by the push of a button. Or you can draw on the “Create Pad” that the portion of the notebook is called, even through pieces of paper on top, so you can make hardcopies on the fly, while saving digital copies that can be shared with others instantly. 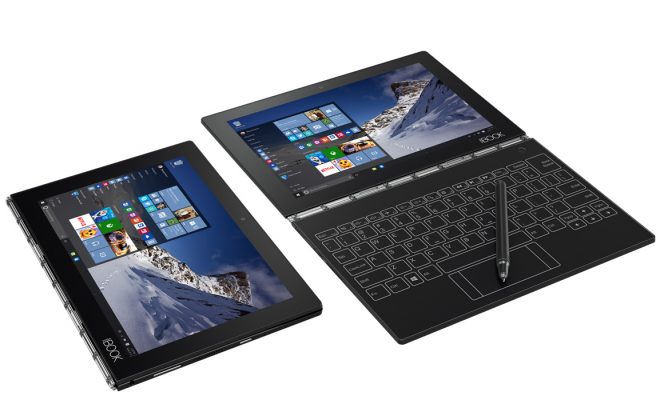 But the Lenovo Yoga Book is a neat little performer otherwise too, with decent hardware specs for this type of device.

It has Dolby Audio Premium stereo speakers, a 2MP front camera, and a 8MP rear camera. And while it will come with optional 2G/3G/4G in some countries, most people will rely on the 2.4 GHz and 5 GHz a/b/g/n/ac Wi-Fi and Bluetooth 4.0.

The thickness is just 9.6 mm which is quite good, while the weight is 690 grams.

Lenovo will actually sell paper refills with papers made to exactly fit the Yoga Book too, with 20 pages in each package. Not your every day tablet accessory there. 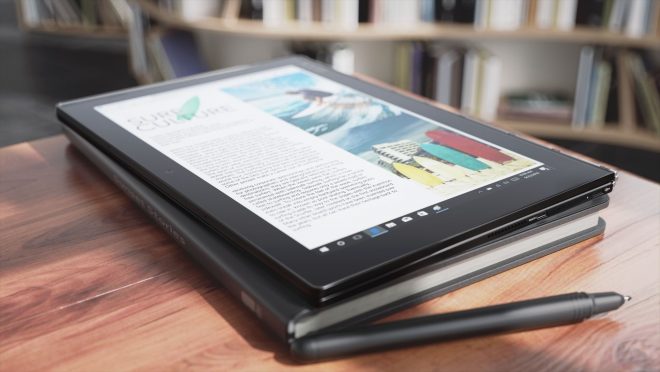 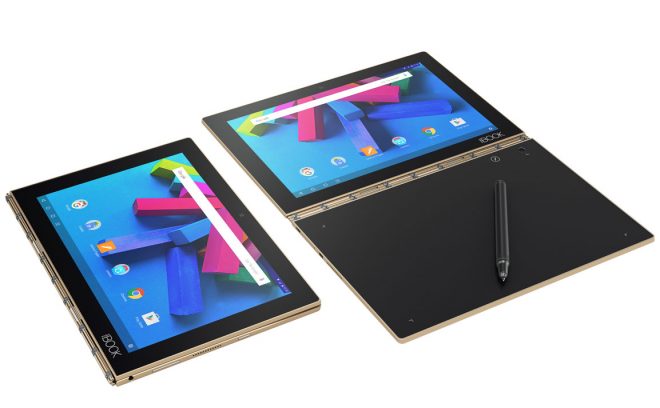