Lenovo has been spotted with what could be their first 5G tablet that runs Android, after the Lenovo Tab M10 5G showed up in the Google Play Console for developers, as later spotted by MySmartPrice.

At first glance, the Lenovo Tab M10 5G appears to inherit the specs of the predecessors, but some of the main hardware has been changed to a Qualcomm Snapdragon 690 processor with 5G, which is accompanied by 6GB RAM, and Android 11.

The other specs seems to carry over from the Wi-Fi version of the Lenovo Tab M10 Plus, such as the 1920 x 1200 resolution Full HD display, which is a 10.3-inch display on the current model, though it may grow to 10.4 on the newcomer.

The 5G will also affect the price, as the entry level of the Lenovo Tab M10 with Wi-Fi starts at just $149 these days.

Lenovo Tab M10 Plus was launched in the US in April last year, in 4 different iterations. These are the plain one, a Google Assistant version, an Alexa version, as well as a version that comes with a speaker dock included.

The Lenovo Tab M10 5G has not passed through the regulatory bodies yet, so I think the launch is still months away. 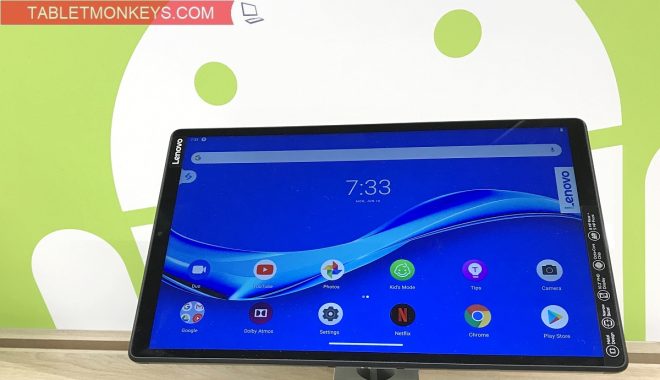