On the heels of the launch of the 8-inch Lenovo Tab A8 we now have the release of the bigger 10.1-inch Android tablet Lenovo Tab A10 as well:
http://www.amazon.com/Lenovo-IdeaTab-A10

But not without confusion. Amazon is listing the 16GB Lenovo IdeaTab A10-70 as released for $249, but unfortunately whatever person created that listing have used most of the images of the Lenovo Yoga Tablet instead, which doesn’t inspire confidence. Nevertheless, Amazon is reassuring us that the tablet for order is in fact the Lenovo Tab A10.

In addition to that, there is another listing for the 32GB model of Lenovo Tab A10

, and this time with all the correct pictures. But the 32GB model is only taking pre-orders so far. 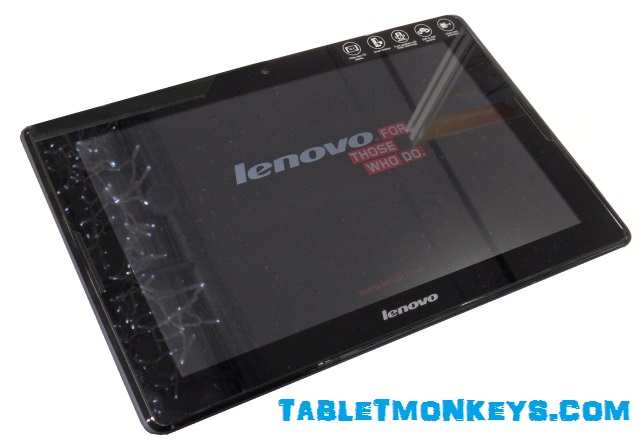 It has 1GB of RAM, the 16GB and 32GB memory storage options as described above, a 2MP front camera and a 5MP rear camera, a 6340mAh battery which lasts 9 hours, 802.11 b/g/n Wi-Fi, Bluetooth 4.0, GPS, front stereo speakers with Dolby Digital Plus, micro USB, and micro SD card expansion.

The thickness is 8.9mm while the weight is 561 grams.
Color options are black, white, and navy blue so far, though the one that can be bought now is the navy blue one. The optional Bluetooth keyboard have not been released yet.

The Lenovo IdeaTab A10 is a budget tablet, so the specs are not meant to be mindblowing. But for a price of $249 it does a decent job, and there are actually very few quad-core competitors with Android on a 10.1-inch tablet at that price. The only other new tablet within that category now, is the Acer Iconia A3, the rest of them are either dual-core tablets or in a higher price category. 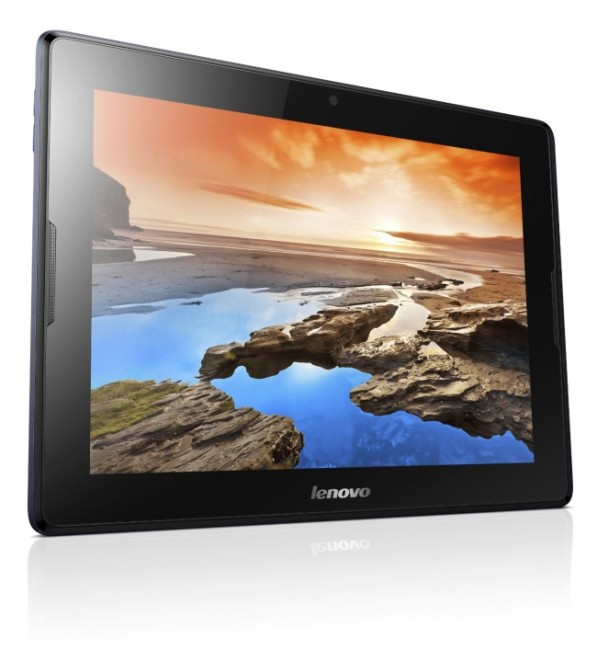