Lenovo TAB 2 A10-70 FHD was announced today at the Mobile World Congress in Barcelona, Spain. This is a 10.1-inch Android tablet below $200, and an updated version of its former self:
http://www.amazon.com/Lenovo-10-Inch-Tablet-Navy-Blue

The new Lenovo TAB 2 A10-70 tablet is a successor to the Lenovo Tab A10-70 that was launched in April last year, a large Android tablet that was pretty good actually, considering its price. 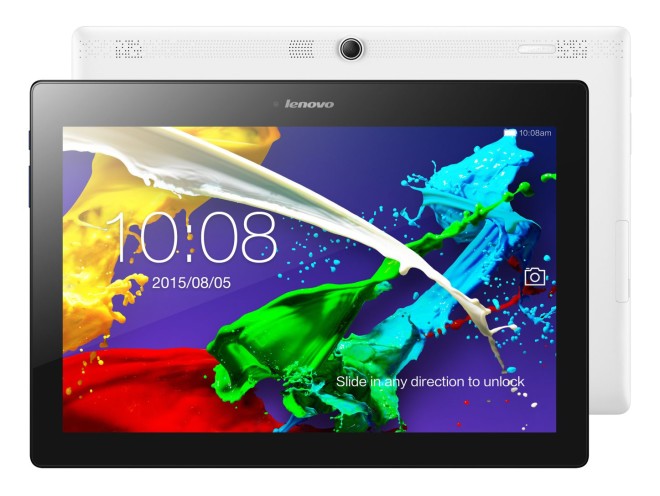 The rest of the specs will be the same on both models, and include Android 4.4 at launch but with an update to Android 5.0 officially expected in June, a 10.1-inch Full HD screen with a IPS display with 1920 x 1200 resolution and 10-finger multitouch support.

The battery life is very good, with a 7000 mAh battery capacity that gives this tablet a battery life of 15.5 hours. That’s something only a few tablets can achieve, and someting to love.

Color options are pearl white and midnight blue, and like with last year’s model, it can be bought with a suitable Bluetooth keyboard made just for the tablet. The design of the tablet is fresh on the back, just take a look at the perforation for the speakers.

Even the weight of the tablet is low for a 10-inch tablet, at 509 gram. It’s not Sony light, but still very light for a budget tablet. The thickness is 8.9 mm.

The value for money in the Lenovo TAB 2 A10-70 is phenomenal. $199 for a 10.1-inch Full HD tablet with a good screen, somewhat impressive sound, 2GB of DDR3 RAM, generally good Wi-Fi (only lacking ac support) and high resolution cameras is more than what the competitors are offering today in that price range, so this is definitely a tablet worth checking out when it becomes available for order in April.