When Microsoft and Qualcommm announced the first Qualcomm Snapdragon powered tablet running Windows 10 S with the HP Envy x2 in December, we knew Lenovo also had such a device in the works, just not which one. But now Lenovo have announced their new Qualcomm Snapdragon powered Windows 10 S tablet series, starting with the Lenovo Miix 630. It will be launched from:
https://www3.lenovo.com/us/en/tablets/convertibles/Lenovo-Miix-630
And on Amazon

Lenovo says that Lenovo Miix 630 will be launched approximately around Q2 in 2018, starting at a price of $799 with keyboard and pen included, although they are not sure exactly when it will hit the market. After talking to Lenovo, it seems that the Miix 630 will be released in June.

So Lenovo Miix 630 is an ARM based Windows 10 S 2-in-1 tablet that because of its OS will only run apps from the app store. It’s possible to change to Windows 10 Pro (for free) within 180 days after activating it though, so that’s a selling point right there. 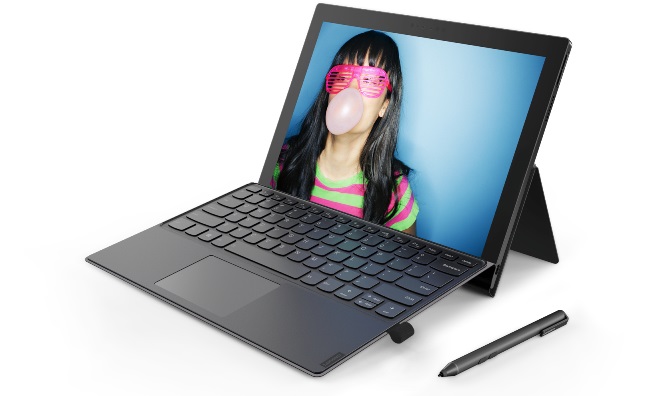 So what you get / can get, is a Windows 10 2-in-1 with the same Qualcomm Snapdragon 835 processor as you’ll find in a lot of smartphones these days. And with that you get 4G LTE as well as always-on features, short wake up time, and a 20 hour battery life. It’s equipped with full Wi-Fi cover too.

The combined weight of the tablet and keyboard is 1330 grams, with a total thickness of 15.6mm. And being a mobile processor, it doesn’t feature ventilation around the edges either.

For compatibility with Windows Hello it also sports an IR camera for logging in with your face, as well as regular front and rear cameras and side stereo speakers. 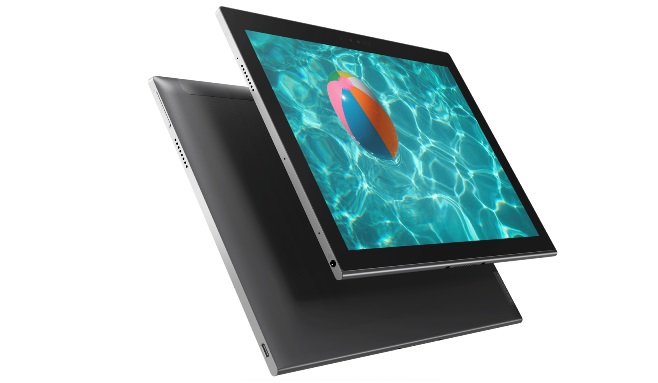