Lenovo’s first Windows on ARM tablet is nearly here, as the Lenovo Miix 630 release date now is now said to be June 27. This 12.3-inch Windows 10 2-in-1 tablet with built-in 4G can be bought with or without a SIM-card from Sprint bundled in for $899: https://www.amazon.com/Lenovo-Miix-630-Sprint-card/dp/B07C8BJ1NT

(UPDATED: The release date has been pushed back at least 2 weeks)

Lenovo Miix 630 was announced at the CES trade show in January, and was FCC approved in April, which in the process showed all the 4G LTE bands it supports.

Lenovo Miix 630 is a 12.3-inch Windows 10 S 2-in-1 tablet where the OS can be changed into Windows 10 Pro for free for the first 180 days after buying it. So people basically have half a year to decide if Windows 10 S suits them or not. It is powered by the popular Qualcomm Snapdragon 835 which is what makes it the most unique, as this mobile processor brings with it quick start up times and the longest battery life in class, and of course built-in 4G LTE connection as well, which enables syncing email and messages even in standby possible while still maintaining a long battery life. 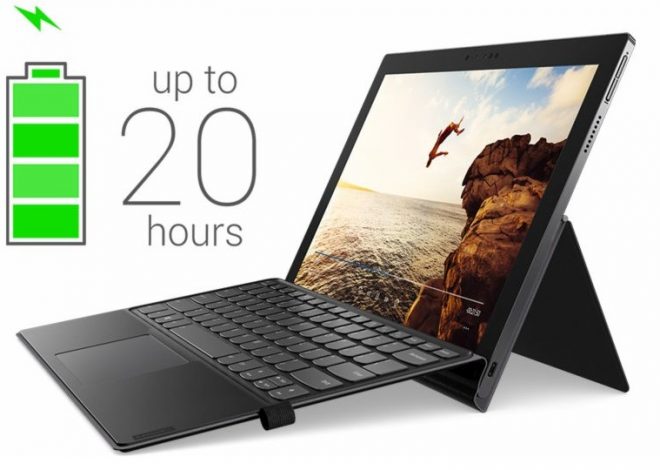 On the included keyboard cover, we are looking at a backlit keyboard with a short 1.5mm travel distance on the keys, a precision touchpad with gesture support, and a fli on the left side where owners can park the pen.

The Lenovo Miix 630 is actually the lightest Windows 10 tablet in the 12-inch segment of tablets and 2-in-1’s in 2018, so it looks like the processor and chipset shredded some weight over the Intel powered machines that it’s up against. The weight of the tablet is 620 gram, and the keyboard weighs 150 gram.

The thickness is also impressive, as this tablet is just 7.3mm thick, making Lenovo Miix 630 one of the thinnest tablets in this segment too. Launch is 2 weeks away, though it’s now taking pre-orders before launch. 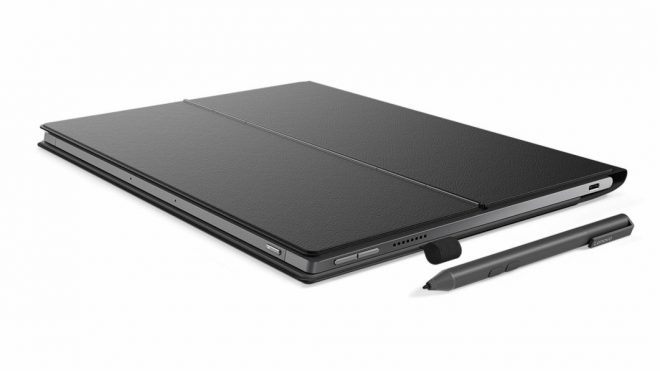 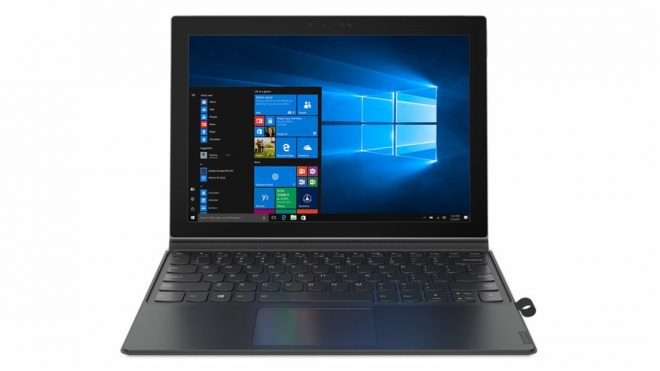 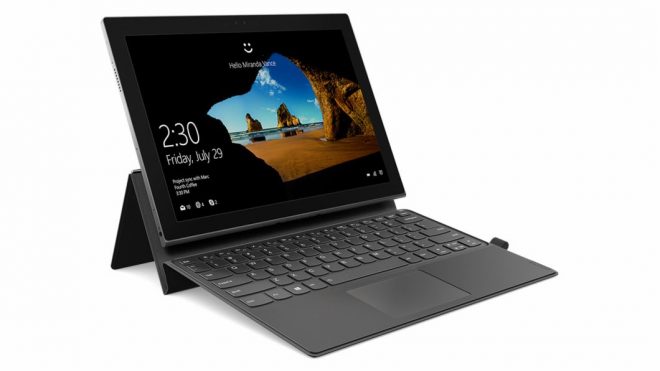 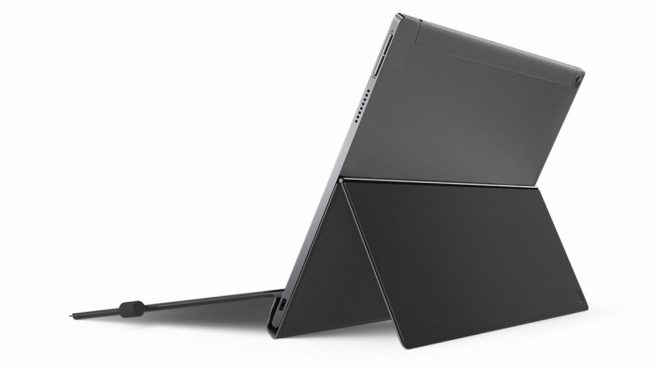 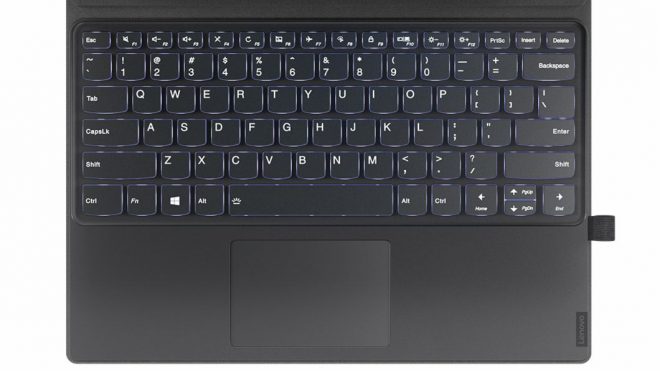 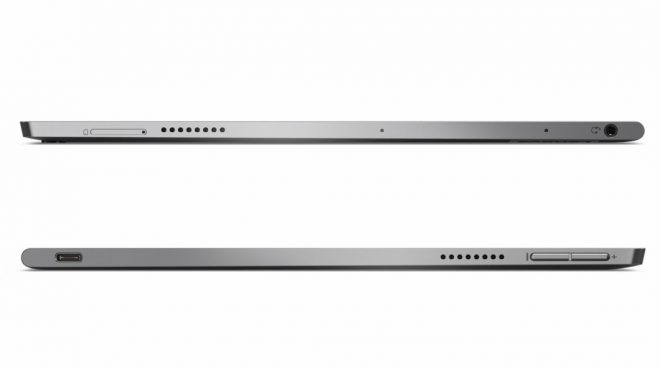 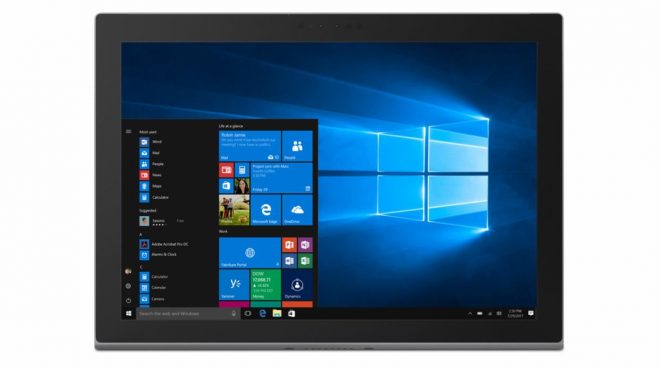 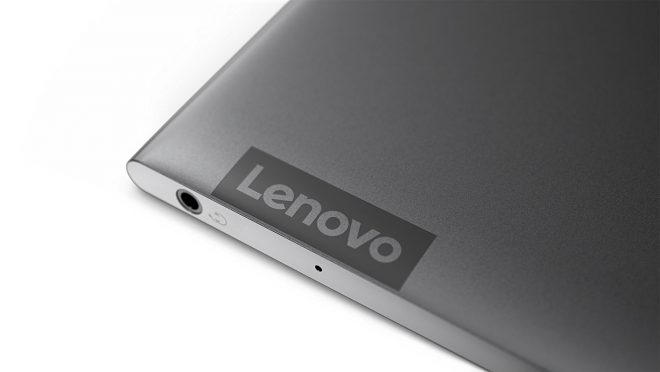 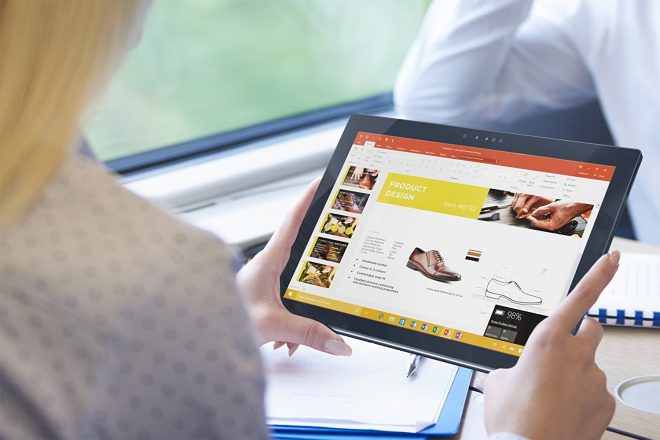