Last year Kano launched the 10.1-inch Raspberry Pi 3 Tablet Computer Kit. But now Kano have announced that they will launch a 11.6-inch Windows 2-in-1 tablet kit too, for $299 on October 21.

The actual build of the tablet is very simple, where someone basically just have to plug in a few parts. But it’s enough to give someone younger an idea or feel of the hardware at least. And with a see-through back cover, you get to see some of the other components too.

The hardware is just an Intel Atom X5-Z8350 processor with 4GB of RAM like one of those Asus Transformer Book, and a touchscreen tablet with a keyboard cover. So this is not particularly powerful 2-in-1 tablet. Instead you pay more for the interesting way it looks, and the Kano starter apps and other features that are there to help someone understand computers, and to get started with learning how to code. With access to the Kano World online community, users can share, reader, or run one of the over 100 000 apps created by other users too, and share ideas or ask question with other forum memberss. So it comes with something of an ecosystem in itself to explore from. 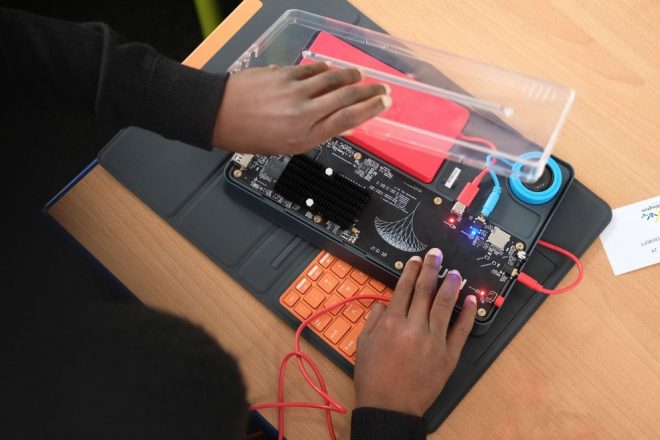