When Apple unveiled the latest iPad Pro tablets in April 20, they did so a month before their launch dates, which is unusually long even for an iPad. So that has kept the benchmarks under wraps for a long time too. But now finally the benchmarks are in for those who want a confirmation of their power before you decide to buy one.

Apple always used to achieve high benchmark scores even without a lot of RAM, but now that their new iPad Pros can be bought with up to 16GB of RAM, this drags up the performance a bit too, depending on what benchmark test you like to judge computers by.

So yeah, that easily makes the new iPad Pro 12.9 and iPad Pro 11 the world’s most powerful tablets of 2021. We’re looking at around a 52% increase in both single-core and multi-core scores then. 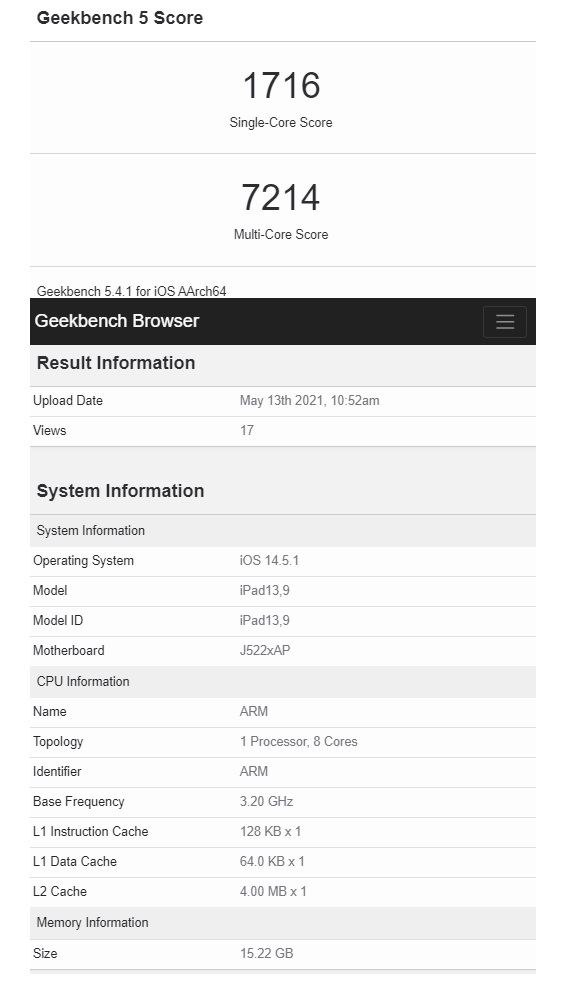 Typically a good upgrade for a tablet on its 18 month cycle will get something like a 15% performance upgrade.

So that actually makes the $799 iPad Pro 11 pretty good value for money as a computer, since Apple didn’t increase the price of it. The larger iPad Pro 12.9 got bumped up by $100 though because of the new mini-LED display.

Of course, these new iPads have been benchmarked on Antutu too, so if you need a more detailed explanation of the performance change, you can dive into it there, where it has achieved a score of 1060247. 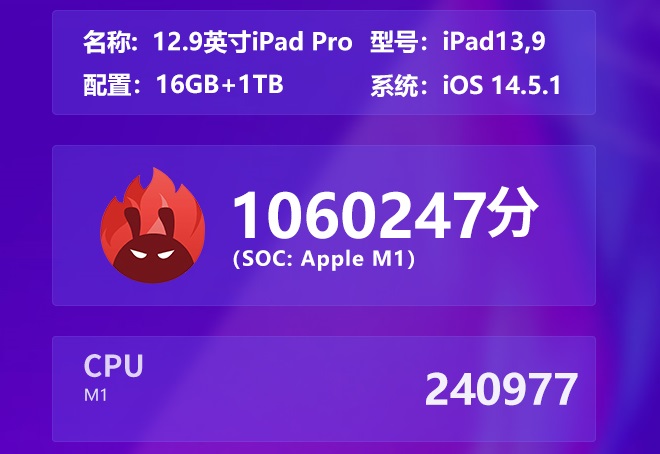