iOS 10 is officially released by Apple today on September 13, and is available on 8 of the newest iPads that have been released. 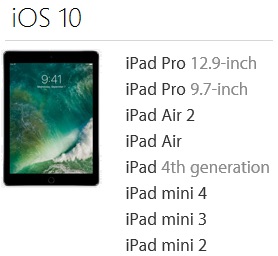 Apple have released as many as 12 iPads over the years, so basically it is just the first 4 iPads that are not eligible for the latest iOS 10.

The iOS 10 release comes after Apple’s September 7 event where the 2016 iPad models were given a price cut across the board.

When Apple announced the preview of iOS 10 in San Francisco on June 13, they called it the “biggest iOS release ever,” so we had expected more of a public show today, but it seems that Apple expects people to enjoy that show on their iOS devices instead. 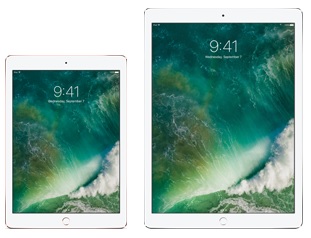 It was first reported early this morning that some iPhones and iPads would be “bricked” with the automatic OTA update. But this quickly turned out to be an exaggeration.

What happened was instead that some OTA updates didn’t get uploaded to the iPad/iPhone properly. So the firmware/iOS file update became corrupted. So this has only been a problem for people who accepted the OTA update but didn’t have any other means to update otherwise. For those who have ended up with a faulty update, the issue can be solved by reinstalling the update via iTunes from your home computer.

So the iOS 10 update does not appear to have led to devices being bricked.