Huawei MediaPad M5 8.4 runs Android 8.0 Oreo with Huwei’s feature rich EMUI 8.0 in addition. The battery inside is rated at 5100 mAh, giving the tablet a 11 hour life, and also a 1.9 hour charge time on the other end from the Quick Charge.

The Wi-Fi antennas are laid out just like on a smartphone, so the range should be good. Wi-Fi cover is otherwise complete with full dual-band Wi-Fi cover. It has stereo speakers with Smart-PA amps that enchance the bass a little for a tablet, certified by Harman Kardon.

The cameras also have high resolutions for tablet cameras, with a 8MP front camera, and 13MP rear camera. It only has a USB Type-C port, with a USB C to 3.5mm audio cable included.

Color options are between champagne gold and space grey, while the weight is 316 grams with a thickness of 7.3mm.

It has very thin bezels too, though I’m not so sure how people will feel about the silver Huawei logo on top of the tablet. Launch of MediaPad M5 8.4 is expected during spring in Western markets. 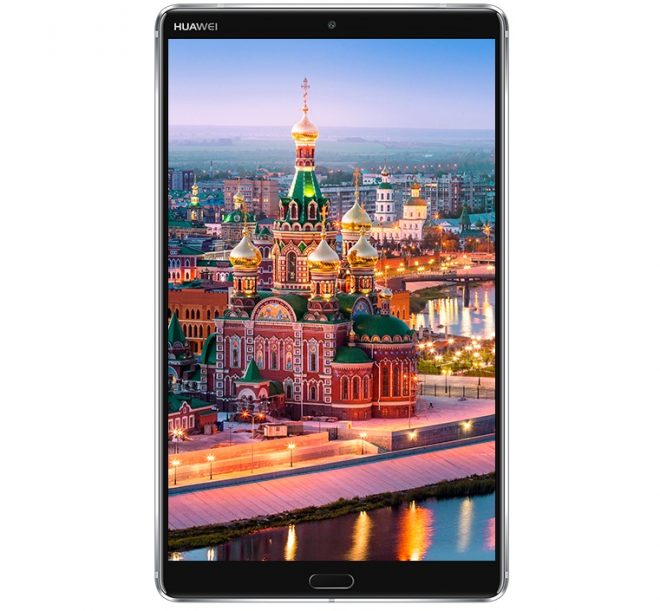 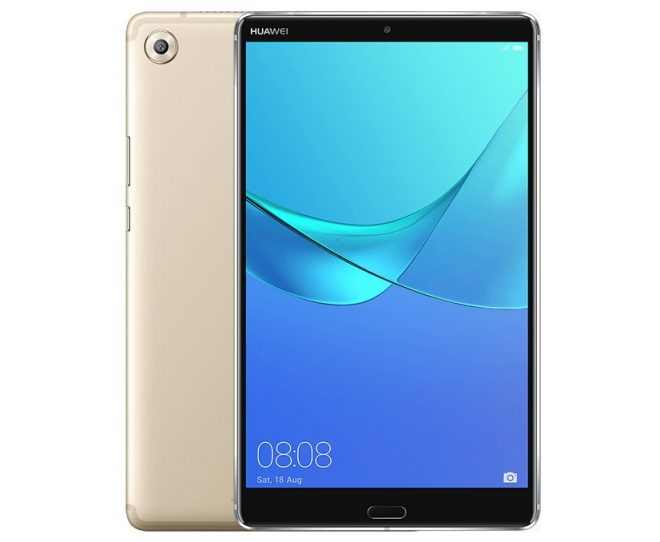 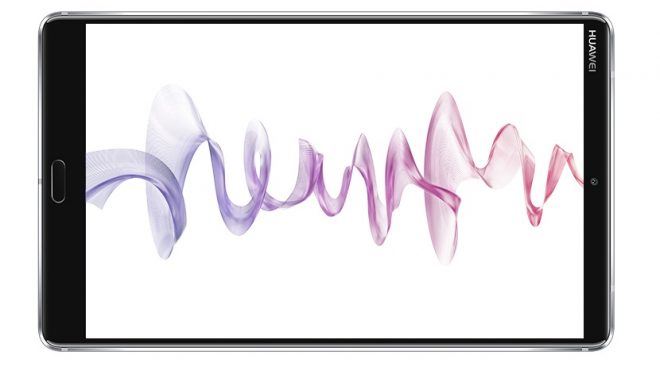