HP launched a 10.1-inch version of their affordable Pavilion x2 line with Windows at IFA and the HP Pavilion x2 10.1-inch will be released in the US on October 29 says HP, for a price of $329.

At that price it goes head to head against the bestselling the Asus Transformer Book T100 which is often priced the same these days.

The HP Pavilion x2 10.1-inch have a resolution of 1280 x 800, runs Windows 8.1 and a quad-core Intel Atom Bay Trail processor, has front facing stereo speakers with DTS sound, and a claimed battery life of 11.75 hours. 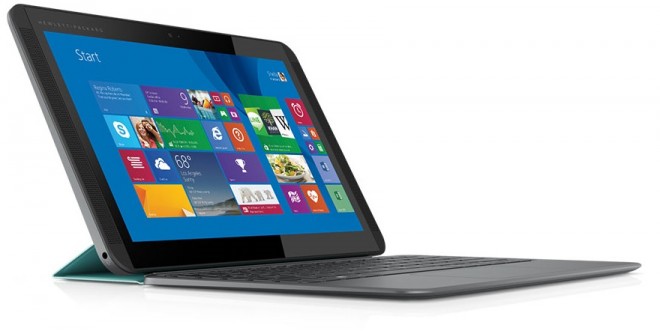 Since this is a detachable 2-in-1 it comes with a new form of keyboard cover with a multipostition stand connected magnetically to the back of the tablet. An optional stylus has also been made for this tablet.

HP says they will release the new HP Pavilion x2 from October 29.