Chrome OS followers of Chrome Unboxed have published another good story, revealing that the HP Chromebook x2 2-in-1 tablet that was released in June with an Intel Core m3 processor, will later also feature options of a more powerful Intel Core i5 processor as well as an Intel Pentium Gold 4415Y processor, similar to that of the Surface Go that will be released in 3 weeks.

The information comes from the HP service manual for this tablet, so when for instance it says that the maximum RAM capacity is 64GB of RAM, that doesn’t mean we will see a Chromebook x2 released with 64GB RAM in store, only that the motherboard supports that much RAM, and that’s it’s possible to upgrade it to that much at home if you want to crack it open.

Storage is another issue, as maximum eMMC storage is still just 64GB. The screen is still a 12.3-inch screen with 2400 x 1600 resolution too, and there appears to be only one battery type, with this being the 48 WHr 3.2 AH battery. 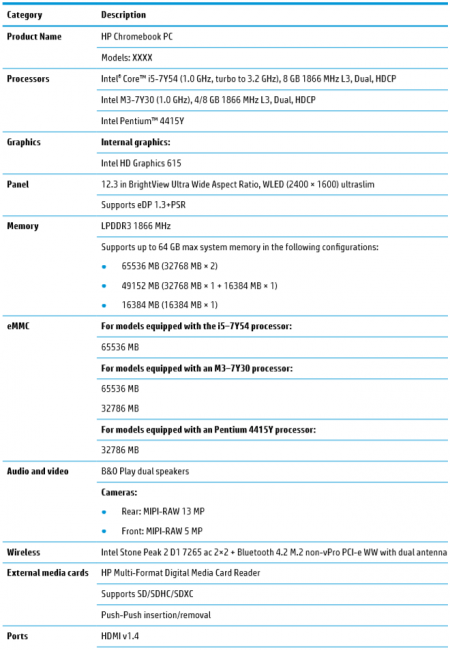