Specs are a little mixed for a Chromebook, with the Chromebook x2 featuring a 12.3-inch screen with 2400 x 1600 resolution with digitizer and Gorilla Glass 4, while it’s powered by a 7th gen. Intel Core m3 (7Y30) “Kaby Lake” processor with Intel HD Graphics 615, and options of 4GB or 8GB of (LPDDR3) RAM, though the price for the top model have yet to be announced.

Considering the processor, you would probably expect this tablet to feature more than 32GB of storage then, but no. And that’s the maximum storage. It appears that the entry level model may have even less storage, but on the other side the Chromebook x2 has support for miroSD cards all the way up to 256GB, and comes with 2 years worth of free Google Cloud storage. 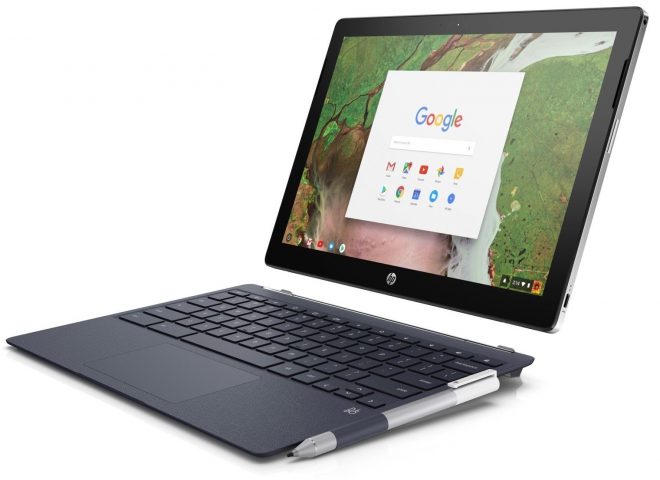 Apart from these specs and features, the rest of the Chromebook x2 is very much like the two Windows 10 and Windows 10 S versions of the HP Envy x2 that the Chromebook x2 is built upon. So that means the usual good stuff like a 5MP front camera, a 13MP rear camera, Bang & Olufsen stereo speakers with a small B&O logo on the keyboard, 2x USB Type-C ports, and a 3.5mm audio jack.

HP Chromebook x2 is 8.2mm thick and weighs 1.62 lbs or 735 grams. Battery life is described as up to 10 hours long from the 48Whr battery, which is also good. The HP Chromebook x2 keyboard is good to type on, with a good layout, square keys, a practical and stylish material around the keyboard as a whole, and they letter keys are in lower case actually, something a lot of people have been wanting.

HP’s unveiling of Chromebook x2 comes on the heels of the announcement of the first Chrome tablet just 2 weeks ago, when Google and Acer jointly announced the Acer Chromebook Tab 10 on March 26. That Chrome tablet will see its release in May.

So is the HP Chromebook x2 the 12-inch Google Chrome tablet that the supply chain insiders leaked back in October last year? It could be, since the specs fits like a glow, and because Google probably wouldn’t let someone release a flagship Chromebook before one of their own devices. Unless Google is working on something with even better specs in their garage.

In January Samsung was rumored to work on a detachable 2-in-1 Chrome OS tablet too, although this wouldn’t be so much of a novelty, since Samsung already manufactures bestsellling revolving convertible notebooks with Chrome OS on them such as the Samsung Chromebook Pro. 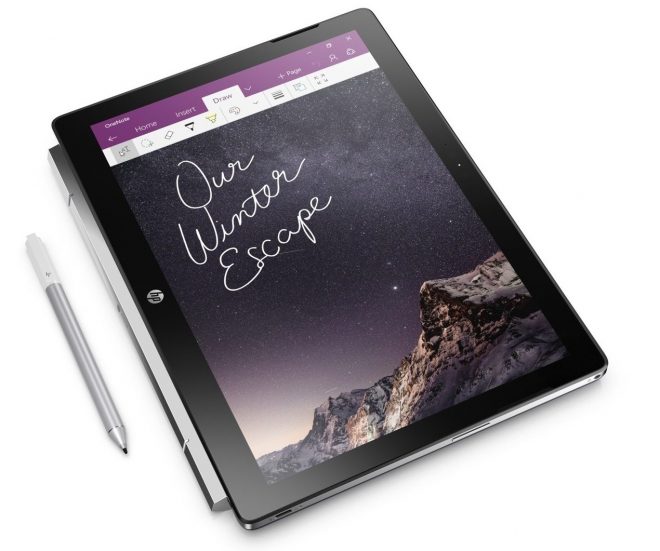 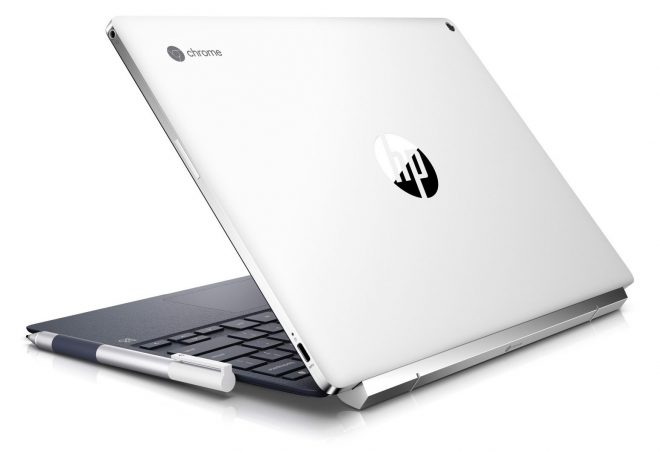 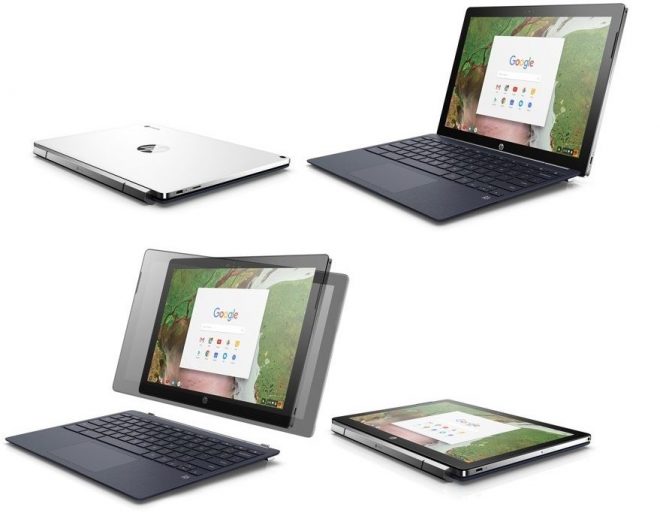