Finally, the much anticipated Google tablet is about to be launched and available in store. But how much is know about Google’s first own tablet pc by now?

The Facts
The first time the world heard anything about a Google tablet was December 19th through the Italian newspaper Corriere della Sera, who interviewed Google’s executive chairman Eric Schmidt as Google was opening their new offices in Italy, when Schmidt revealed that Google planned to launch a high quality tablet within six months.

It wasn’t until Google’s conference call in April this year that Google CEO Larry Page disclosed a little bit about Google’s tablet strategy, when he said that Google was going to focus on the lower end of the Android tablet market, where some of the cheaper Android tablets had achieved success.

Specs
Despite Google’s recent acquisition of Motorola Mobility, the maker of the Android tablet XOOM, Google’s first tablet is being made in partnership with AsusTeK Computer, the maker of the popular and high performing tablet Asus Transformer Prime.
Claimed to be based on the design of Asus MeMo, the Google tablet will feature a 7-inch screen with a 1280×800 resolution using a multi-touch Gorilla Glass display, a 1.2 MP front camera and 5 MP rear camera, 1 micro USB and 1 micro HDMI, GPS, G-sensor, light sensor, gyroscope, and E-compass.
It is powered by a Nvidia Tegra 3 (Kal-El) 1.4 GHz quad-core GPU with high graphics performance that supports a resolution of up to 2560 × 1600. This chip may be central in enabling Google to market their tablet so cheaply. 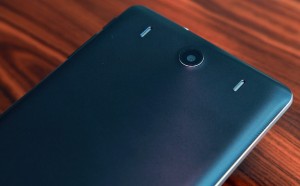 One source claims that Google’s Nexus tablet will only support Wi-Fi (802.11 b/g/n) and no 3G or 4G connectivity. Though that may seem odd, recent studies indicates that 90% of tablet users prefer to use Wi-Fi connectivity over 3G anyway, although this preference may change over the next 12 months, with the automatic capping feature that Microsoft is building into Windows 8.

When, Where, Price?
Sources close to the tablet now claims that the tablet has been delayed until July 2012 (though some of the press are speculating that it will be unveiled during Google’s I/O developer conference June 27th – 29th), both to make room for the new Android 4.1 Jelly Bean instead of the first expected Android 4.0 Ice Cream Sandwich, and also to try and push down the cost even further so that the Google tablet may sell for even less than $249, maybe as low as $199.
Google is expected to sell their tablet through their own stores, and to try and focus on a fully integrated user experience through the Android ecosystem of Google Play and other Google products and services.