I’ll be the first to admit that my investigation has been short on today’s scoop, but it may interest a lot of you that there are Google Octopus benchmarks on the internet and that Google Octopus even runs Android 9.0.

Power comes in form of a Intel Celeron N4100 processor with variants of 4GB and 8GB of RAM, 32-bit and 64-bit, and a motherboard codenamed anything from “meep” to “mimrock.”

Google’s next tablet is of course the Google Pixel Slate, due for release on November 22 in just 3 countries, and it just happens to be powered by a Intel Celeron processor on the entry level version. 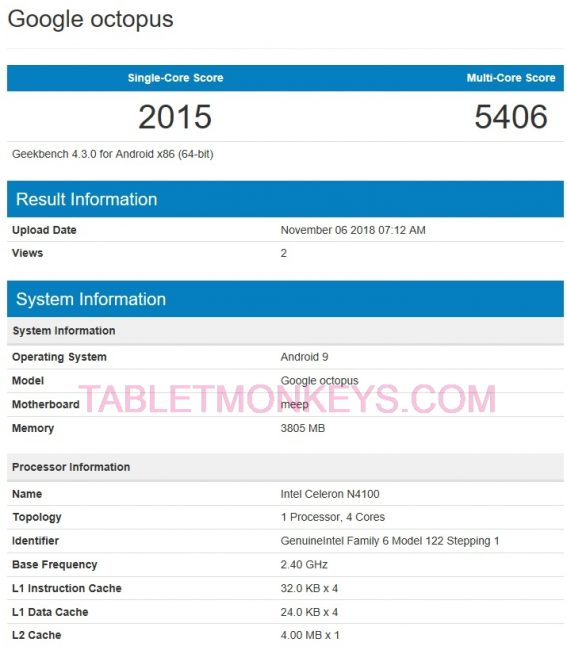 But the Google Pixel Slate is a Chrome OS tablet, not an Android tablet. So that will give people something to speculate on.

Google Octopus, whatever it is, fake, real, experiment, hack, can squeeze out up to 2200 in single-core scores on Geekbench 4, while then landing at around 3900 in mult-core score under the same configuration.

It has been benchmarked several times the last three days with multi-core scores ranging from 3300 to over 6300.