Gigantic is one of the most colorful and also most friendly third-person shooter games, with online multiplayer capabilities, and this weekend saw the official launch of the game on Windows 10 and Xbox One, though it has been possible to play it since the last week of June. https://www.microsoft.com/en-US/store/p/Gigantic/

It’s available for download for free in the Windows app store, but if you are downloading this game to your Windows 10 tablet, be aware that Gigantic is a game that is a little over 9GB in size, so either get an additional microSD card or make sure you have a large one, or enough free storage space on your tablet.

At the time, players can chose between 19 characters to play, but more characters are on the way. As an online game, players can team up with other players for battles on the battlefield. And of course in-app purchases are available for this sort of game if players want to extend on the features. 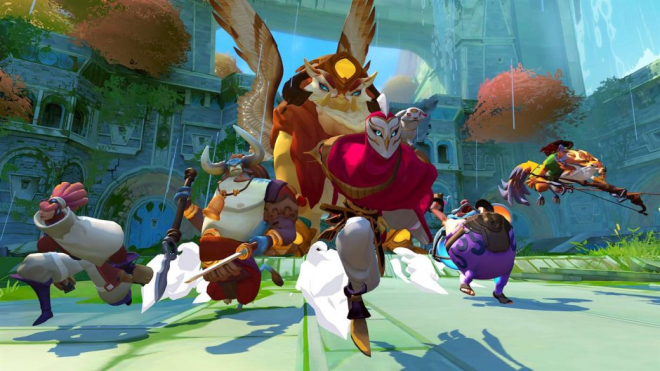