Samsung have been working on foldable tablets/phones for years, on and off at various stages, and while two models technically could have been launched at the start of the year, Samsung were soon rumored to wait until the market shifted a little while their technologies also matured more, and there were even talks of postponing the developments of the devices because of reshuffles within Samsung.

The last weeks however there have been two unknown new Samsung devices in the phone category that have been officially Bluetooth certified. The first one was Samsung OWY on July 16, with the newest Bluetooth 5.0 standard. But now today, Sammobile believes that based on their own few pieces of information so far about a foldable mobile device from Samsung, the Samsung SM-G888 is the model number for the foldable Samsung Galaxy X.

The Samsung SM-G888NO was listed last Friday on July 28, with Bluetoth 4.2, also in the phone category. This device had previously Wi-Fi certified back in April, with dual-band Wi-Fi and Android 6.0 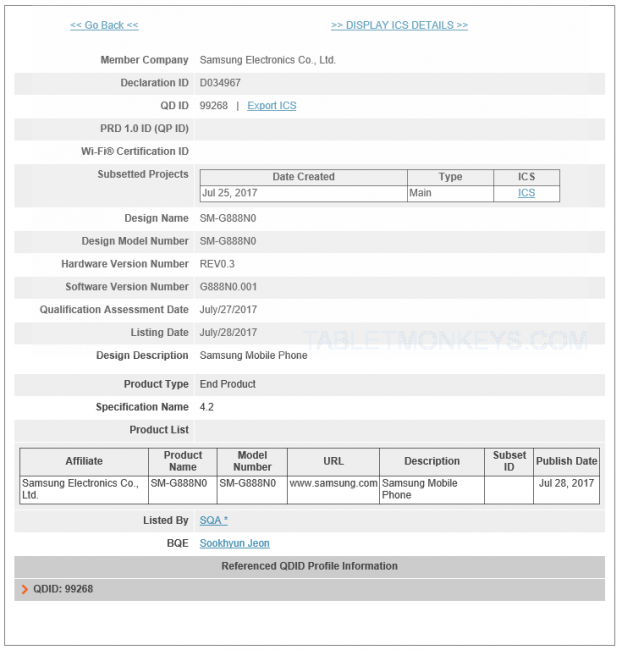