What has all the hallmarks of an Amazon operation, has just received FCC approval for a new device filed as a tablet.

Based upon experience, we’ve noticed that whenever Amazon files for FCC approvals, both their Fire tablets and their Echo Show smart displays have been filed as tablets, so this new FCC approved device, which so far only goes by the model name T76N2B, could theoretically be new device in either one of these categories.

The company name given to the front operation this time around is Abyssal Plain LLC, which is registered in San Antonio, Texas. 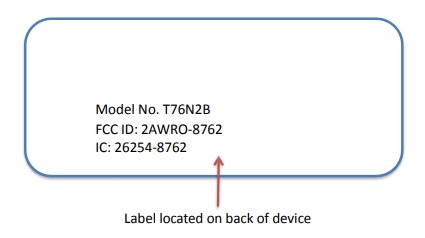 Specs leaks are sparse so far, but officially published specs includes dual-band Wi-Fi 5, Bluetooth LE, and it was tested with a microSD card, which should tell us that this is the first new Fire tablet of 2021. Unless Amazon wants to introduce memory slots on their Echo smart displays.

I don’t even want to speculate what screen size this new Fire tablet will have, but given the freshness of the FCC approval it should be announced soon. So we are likely to find out these details soon enough.