Just a few days after the Microsoft Surface Mini was confirmed by Microsoft through their Surface Pro 3 user guide, some news reported by Digitimes claims that the first Surface Mini have been permanently called off.

Digitimes reports that the Surface Mini was canceled in the last minute because the tablet was no longer considered competitive enough by Microsoft’s new management. The tablet was ready for launch, but was called off nonetheless. 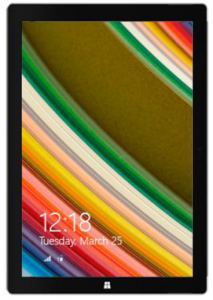 Looking at the rumored specs from the same source should explain why. Supposedly the Surface Mini had a 7.5- to 8-inch display which there’s nothing wrong with, and an ARM processor, but it did run Windows RT 8.1 which very few people have every wanted or bought into, so the decision to not launch yet another Surface failure, like the original Surface RT which became a huge loss for Microsoft, was definitely a good idea.

Of course a Surface RT tablet should never have been conceived in the first place, but that’s another matter. Most likely it was a case of the new Microsoft CEO Satya Nadella cleaning up the incompetent mess left behind by former CEO Steve Ballmer.

So the first Surface Mini that we have been tracking for years very likely won’t happen then. But that’s not to say that another Surface Mini won’t happen within a year. And if it does happen, it sounds like Microsoft won’t build one unless it can actually perform very well.