Amazon announced their new 7-inch tablet today, the Fire 7 2022 model which got some hardware upgrades, and a new starting price of $59. The release date is June 29, but it’s taking pre-orders today already: http://www.amazon.com/dp/B096WKKK2

The predecessor has been the world’s bestselling 7-inch tablet the last two years after it was unveiled on May 16, 2020, and the new Fire 7 2022 model has been upgraded enough to maintain the position of a bestseller.

If we begin with the main hardware specs, it’s now powered by a 30% faster quad-core 2.0 GHz MediaTek MT8168V/B processor, has twice the RAM now at 2GB of RAM, options of 16GB and 32GB storage, in addition to microSD card expansion and USB memory stick expansion support. 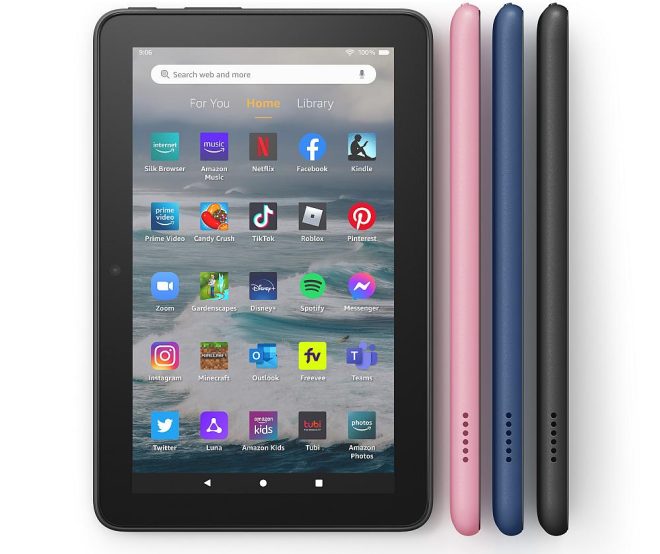 The screen is still a 7-inch screen with a 1024 x 600 resolution display. Tablet cameras on this pocket sized tablet are a 2MP front camera and a 2MP rear camera, in addition to a microphone and speaker.

The battery size has been increased by 40%, giving it a much better 10 hour battery life, with a 5W charger included.

The operating system is Amazon’s newest Android 11 based Fire OS 8, which gives it access to Amazon’s app store and the many services that makes the Fire tablets so easy to use, including live on-screen customer support and user help. 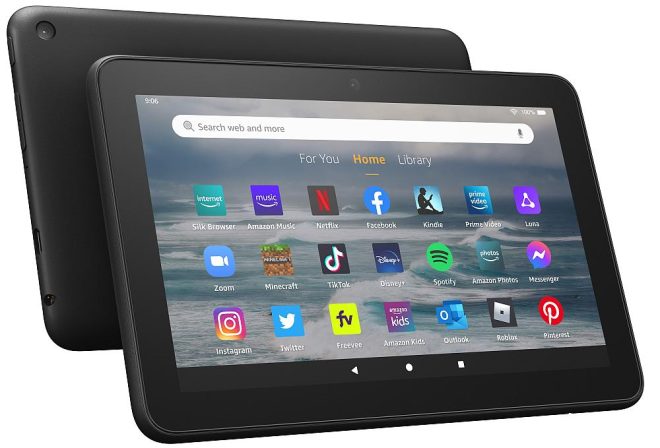 Other specs includes the transition over to the now pretty much standard USB C 2.0 port, a 3.5mm audio combo jack, a lower weight of 282 grams, a thickness of 9.67mm, and a accelerometer for gaming and some other apps depending on that tablet sensor.

This is actually the 12th generation Fire tablet already, and color options on the back of the tablet are black, denim, or rose.

As with all Amazon Fire tablets, they can be bought a tiny bit cheaper if bought with lockscreen ads, but that’s optional.

Another option is to buy the same tablet as the kids version. The Fire 7 Kids 2022 is the exact same tablet, but also comes with a very solid bumper case with good grip for smaller hands, as well as an included one year Amazon Kids+ content subscription, a parent control panel, and those type of features, as well as a 2-year guarantee even if the tablet is accidentally damaged.

Amazon’s 7-inch and 8-inch tablets are sturdier than average tablets though, so the threshold for damages are good, for a tablet computer.

Though the Fire 7 has also been given few official accessories to either protect it with or make it even more user fun to use too. These includes the color matching horizontal and vertical Tablet Cover, the Screen Protector, a Clear Case & Glass Screen Protector, and a Kid-Friendly Case. 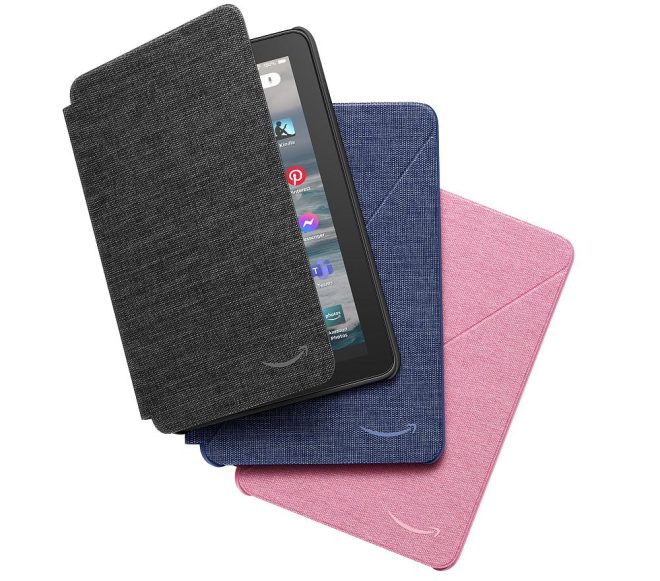 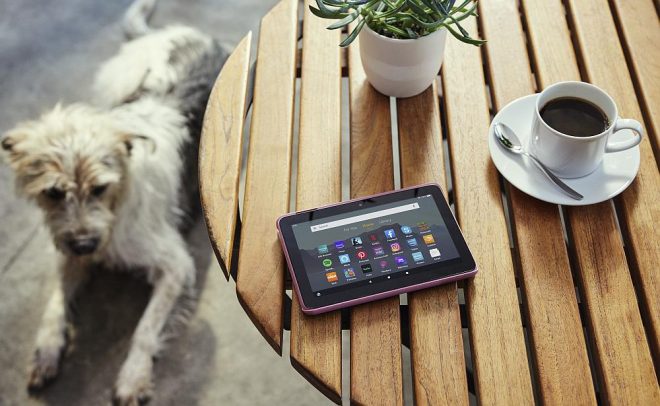 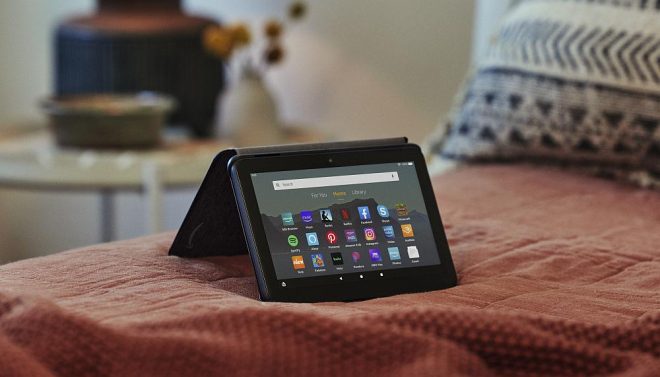