March continues to be a good month for tablet sales, as a new round of sales wil start on Monday since Aliexpress.com

is celebrating their 12th anniversary from the last week of March, to April 2nd.

All the major Chinese tablet brands Chuwi, Teclast, Alldocube and some of the other smaller brands all have their own managed store on Aliexpress, so that should be useful for warranties for example.

So lot’s of tablet deals on Android tablets, Windows tablets, and other Windows laptops and mini PCs in the $150 to $399 range the next week.

These end of the month tablet deals comes on top of all the other deals we’ve written about already. 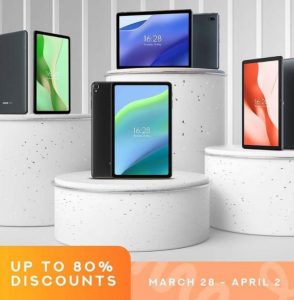