Microsoft announced the availability of their first dual-screen foldable smartphone called Surface Duo today. It was previewed last fall, but it wasn’t ready for launch until now. It’s taking pre-orders from $1399 for a 128GB version and will be released in the US September 10:
https://www.microsoft.com/en-us/surface/devices/surface-duo

Things would have been different had it been a foldable tablet at a fraction of the price, that would have featured 4G as well. There’s no 5G Surface Duo yet either, only an optional $1499 version with 256GB storage. Compared to foldables, like Samsung’s Fold devices, the Surface Duo is wide too, and it only has screens on the inside, so it will either have to be opened every time to answer a call, or remain opened. 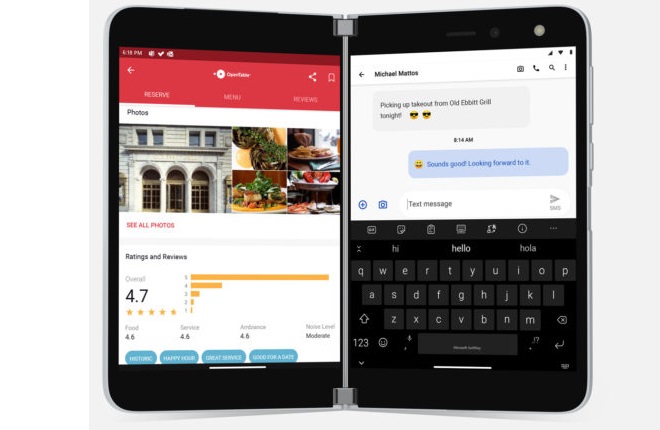 It’s still an eye popping device though, and it has a couple of features developed for it that will make it feel interesting and convenient to use, as Microsoft works with Google to develop particular dual-screen features for this Android 10 smartphone, which a person from Microsoft said may even be released for other dual-screen smartphones later too.

It’s powered by the Qualcomm Snapdragon 855 processor, which is one of the initial complaints against this smartphone, and it features 6GB of DRAM and UFS 3.0 storage.

Some of the other specs are surprisingly unmodern, like the mono speaker, Wi-Fi 5, and 11MP camera, and 3577 mAh battery, although Microsoft says that battery life is 15.5 hours long on video playback.

Surface Duo is compatible with digitizers such as the Surface Pen and Slim Pen, though neither of these pens have any particular space or slot assigned for them, so you’ll have to carry the pen separately. The Slim Pen is actually the same length as the Surface Duo though, so they can go together.

Hopefully Microsoft will create an additional pen for the Surface Duo and related coming small devices too.

The Surface Duo is an interesting and potentially very productive smartphone, but compared to the flagship foldables from Samsung, or compared to the prices of dual-screen smartphones from LG and ZTE, it’s hard to justify the price of it. 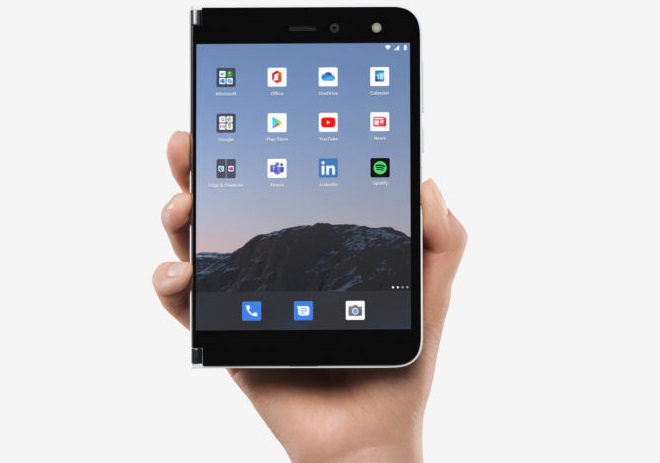 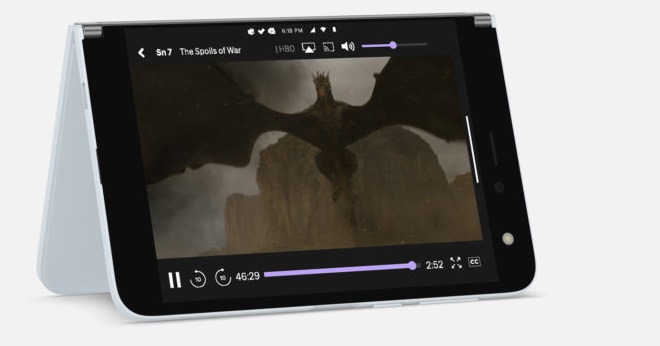 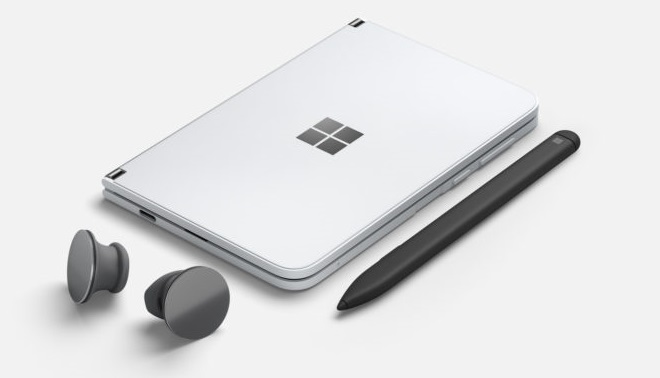