Amazon announced its third annual sales day on digital content, called Digital Day, and this year the date is Friday, December 28, just as people have had a few days to play around with all their new tablets, e-readers, computers, smartphones, mp3 players, audio systems, TV’s, and gaming consoles they got for Xmas: amazon.com/digitalday

Along with the announcement of the Digital Day, Amazon also gave a sneak peek at som of the digital content that will be on sale. These include:

Up to 60% off digital versions of magazines like Vanity Fair, Wired, People, Mens Journal, Shape, and other famous magazines. Also up to 75% off Kindle books, and up to 80% off graphic novels.

Among software and apps, TurboTax 2018, Norton Security, and Quicken are off between 20-50%. Some language programs are off 30%, while apps and in-app purchases are sometimes off 25% to 35%.

Movies like Incredibles 2, Ant-Man, and similarly popular titles will also be on sale next week, as will many different forms of bundles of hardware + software, various cheap subscription trials, together with some variations of bonuses and gift cards.

A preview of more Digital Day 2018 deals will be shown on Amazon on December 26, but Amazon says the largest sales will be launched at 12:00 am PST on Friday, December 28. 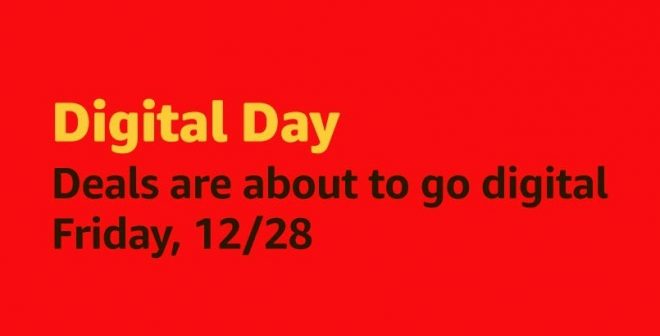 The Best Tablets Of August