The Cube iwork1x 2-in-1 Windows 10 tablet pc was launched just last week, but is already on sale between Black Friday and Cyber Monday. It is available from tablet stores like Geekbuying, Gearbest, and Everbuying, with Gearbest offering coupons for various markets, though I don’t know if coupons always works with items already on sale.

At 11.6 inches, the funny sounding Cube iwork1x has more a more traditional 11.6-inch screen size of the larger tablets, that has since been taken over by the 12-inch and 12.2/3/5-inch tablets nowadays.

The battery is rather large, with a 8500 mAh capacity, although the battery life provided is 5 hours long. It has a micro-USB port, a full-size USB 3.0 port, and a micro-HDMI port. The stereo speakers are blasted through what could be mistaken as processor ventilation ducts on each side, since that’s what they tend to look like on Intel Core i3-i7 tablets, but it’s just to let the sound through.

Other than that the iwork1x has a 2MP front camera and standard 802.11 b/g/n Wi-Fi, so I suspect that it’s the processor and the large screen that drives up the price.

But despite that, we would be hard pressed to find a cheaper tablet at this size. Only the 15.6-inch LapBook on sale for $189 can beat it in value, in a screen-for-money ratio but otherwise similar hardware specs.

The Cube iwork1x actually looks pretty good, but it is a very thick tablet at the end of 2016, with 10.2mm in thickness and a weight of 740 grams. 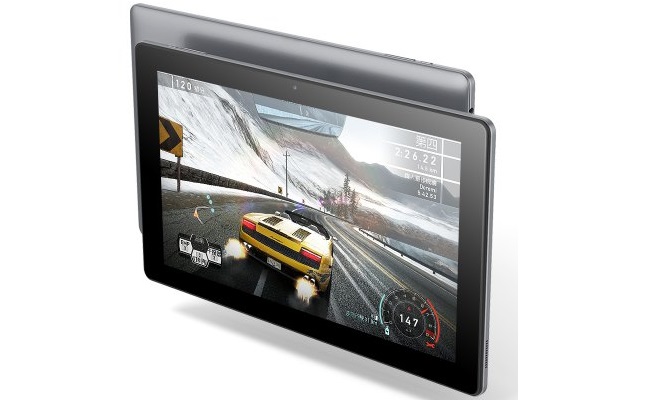