tablet for other tablet brands to unveil their own tablets with the Android based Remix OS. And the first company is Cube with the Cube i7 based Remix tablet: http://www.gearbest.com/tablet-pcs/pp_232168.html

Unfortunately it’s not as exciting as the name might indicate, since it has neither a Intel Core i7 processor, nor the Intel Core M processor of the original Cube i7 Windows tablet. But it does have a FHD 1920 x 1080 resolution 11.6-inch screen. The processor on the other hand is a Intel Atom Z3735F processor, while it has 2GB of RAM, 32GB of storage, a 8400 mAh battery, a 2MP front camera, and a 5MP rear camera. A keyboard is optional.

The software is the real story here naturally. The operating system is Remix OS 1.0, but it is built as a skin or user interface upon Android 4.4.4. With that kind of software it may not be as attractive as initially thought, but this tablet have nevertheless been a popular trending item this week. The price has something to do with it too, because when it launches in China on May 28, it will be sold for a lot less than the price of the Jide Remix.

But, the Jide Remix

original is sold with a keyboard included, is built upon Android 5.0, and has generally better specs. 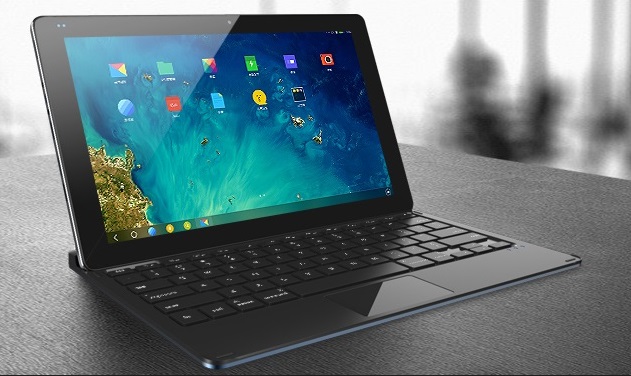