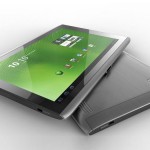 TF101-B1 32GB 10.1 inch tablet gets a Amazon Black Friday discount, at 6:45 PM PST. The Asus Eee Pad Transformer are among the 5 best tablets today, and also one of the most versatile. So it seems that Black Friday didn’t turn so bad after all. Good luck if you decide to buy it. This tablet will sell out fast too.) 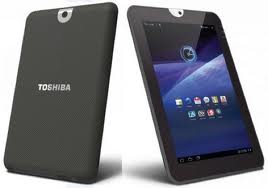 It’s Black Friday and sales are on for 24 hours, even for a few tablets. So far the Black Friday discounts have been fairly incremental for tablet computers, with the iPad 2 seeing only a $41 discount, and other stores not offering much better discounts on other tablets either. The only chance of a proper discount seems to be with Amazon’s upcoming Acer Iconia Tab A500. Prices will not be announced before 10:45 AM PST. Perhaps a $100 discount? The Acer Iconia Tab A500 have been a bestseller with Amazon for months, so a good Black Friday deal would make a lot of people happy.

So, what’s the quick breakdown of the Acer Iconia Tab A500? The announced model has 16GB of onboard memory, but can be expanded to 32GB. With a full-sized USB port, you can expand even more through an external hard drive. Mobile Internet connection comes from WiFi or teethering it through a mobile phone. Iconia Tab is slightly heavier than other 10,1 inch tablets. It does however seem to be solid. Brushed metal, even on parts of the front, leaves an impression of solidity.

The Iconia Tab A500 comes preinstalled with what you need of software and apps for surfing, email, and social networking. But if you want to use it for your office, you might want to download a few additional apps. The screen is sharp and bright, but seems to lack the saturation and crispness of a tablet like Samsung Galaxy Tab. It appears more similar to the Asus Eee Pad Transformer in this regard. If you didn’t get have the opportunity to take part in any of the Black Friday Tablet Deals, Cyber Monday is just around the corner after the weekend. We will update with all the latest bargains.