The current iPad Air 4 was unveiled in September 2020 and launched the month after.

And that means we’re getting close to the typical 18 month cycle of an iPad, and MacRumors even goes as far as to believe the new iPad Air 5 will be presented on March 8.

It is believed that the iPad Air 5 has just entered into production, so it seems like we should be able to buy the new iPad Air 5 in March or April. 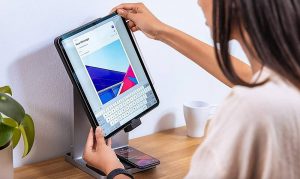 Leaks have been scarce so far. The expectation is for optional 5G and of course a new CPU, but not any radical changes over the predecessor.

Considering the general absence of leaks, we won’t know for sure what specs and features the new iPad Air will feature until it’s launched.