The new trade-in program is for the Apple iPad mini, iPad mini 2, iPad mini 3, and iPad mini 4, while the new tablets that users can get an additional $20 worth of credit towards, are the 7-inch and 8-inch models of the Amazon Fire Kids tablets.

Amazon is among the 5 largest tablet brands today, so it’s never surprising that they go after a competitor like Apple in such a way. Microsoft Store have had similar trade-in programs on Macs and iPads too.

But what’s just as interesting is that Amazon now also has a trade-in program on their own Kindle eReaders, where Amazon will give an additional $20 in credit on top of the old eReader’s value to those who trade up to a new Kindle eReader.

For Kindle trade-ins, Amazon accepts old eReaders from as far back as 2010. 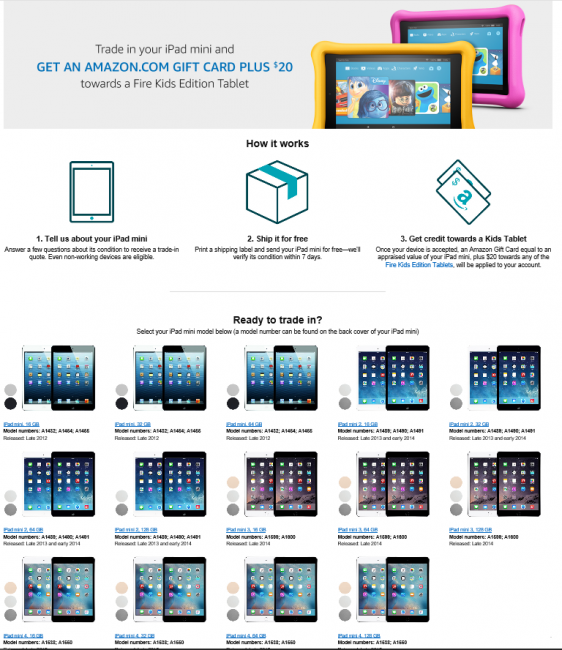